You Try Living on the Minimum Wage

Over half a million workers in New York State subsist on the minimum wage of $8.75 an hour. That’s about $18,000 a year for those working 40 hours a week. Anyone who thinks that is generous should try spending just $350 a week on food, housing, gas and heat.

That exercise might also help Gov. Andrew Cuomo remember why he promised last year to push for a higher minimum wage and index it to inflation. In a video speech that helped him gain the endorsement of the Working Families Party in the last election, Mr. Cuomo supported raising the minimum to $10.10 an hour and indexing it.

He also said he favored allowing a local option for expensive places like New York City to set their minimums as much as 30 percent higher than the rest of the state. 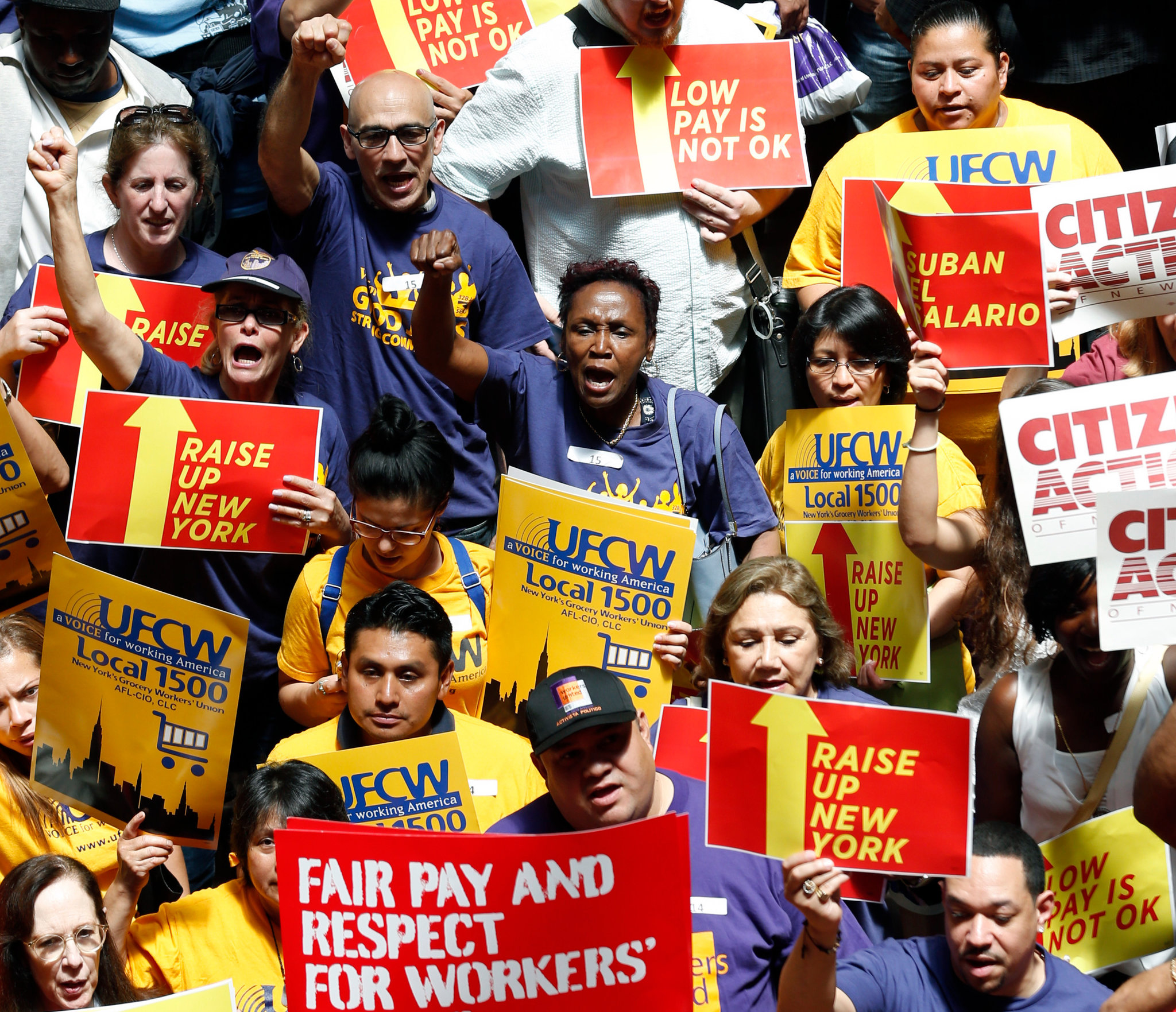 The package does not, however, call for indexing, which would help end the perpetual need to go back to the Legislature and fight for an increase. Mr. Cuomo has also backed away from the local option. The governor’s wage package is weaker without those provisions.

Last month, he acknowledged that if you’re trying to live on $18,000 in New York City, “you can’t get there.” On Monday, he advertised his minimum wage package as an economic salve, with 1.35 million workers benefiting and a $3.4 billion “direct” economic bonus to the state. He’s right that low-wage workers put their money right back into the economy — they can’t afford to save.

If the Legislature doesn’t agree to raise the minimum wage during budget negotiations, which are expected to conclude at the end of March, Mr. Cuomo has another option. He can use his emergency control over wage setting, as he did last month for tipped workers.

In New York City, Mayor Bill de Blasio has been pushing for an immediate increase to $13.30 an hour with a goal of $15 an hour in the city by 2019; the Assembly has its own similar proposal for the state. Mr. Cuomo has dismissed those goals, calling them an attempt to “shoot for the stars.” Mr. Cuomo should also raise his aim to get a higher minimum wage with indexing and allowances for local increases of up to 30 percent.

I'd like to see all the "Congressmen" of the United States live on mandatory minimum wage for 10 years.  They're millionaires 50 times over, they should work for nothing now.  They don't need the money.  They don't want anyone else to have any.  Shutting down this, shutting down that.  So scared of the darkness, they have to sleep with lights on at night.  Black freaks them out!!!  Hate this, hate that. They must think THEY'RE GOING TO LIVE FOREVER.  Ole freaky deaky crooks!!!!!