A flurry of tweets blew up this writer’s mentions when she shared her story of the incorrect assumptions she says white people have about affirmative action.

Ashley C. Ford, a senior features writer, tweeted Monday, Aug. 1, about the many white people who “truly and genuinely believe that Black people get to go to college for free.”

She said while teaching wilderness survival at a Boy Scout camp the summer before she went to college, a fellow counselor, who is white, told her he didn’t apply for college.

What messed me up was he didn't say it in a snarky or accusatory way. He said it like we were just talking about water being wet.

Y'all he was dead serious. No malice intended. And the rest of the dudes at the table were like, "That's not how it works?" And I'm like

At this point, I'm confused AND curious. I say, "Who told y'all black people go to college for free?" They all cited parents, friends, etc.

Understand I came from a school system that was 96% black. I'd never been around this many white folks in my life. I had a lot of questions.

They had all these stories about white people they knew getting passed over for jobs and promotions in favor of less qualified black folks.

I asked how they knew the black folks were unqualified, and they all got quiet and then said stuff like, "Well my uncle/grandpa/dad said..."

Ford explained that the counselors at the camp, where she had been the only Black counselor in recent memory, were surprised that she didn’t get to attend college for free. She added the counselors went to schools where there were little to no non-white students and they thought Black people got other things for free, too.

Telling them I wasn't going to college for free kinda blew their minds. They didn't know any POC but were SURE they knew what we were like.

They thought we got all kinds of stuff for free: jobs, housing, food, and apparently, whole ass college educations. Genuinely believed it.

Anyway, I ended up leaving camp early that summer because I simply couldn't take it. The woods I got used to, but the people, I couldn't.

Before that summer I thought racism was something people did, not something they believed. I was naive af. But hey! We all gotta learn.

The thread, which was made the same day a report from The New York Times said Donald Trump’s administration is looking to block affirmative action from being used as a barometer for college admissions, had many others chiming in about their experiences.

I went to college for almost free -academic scholarship. My reward is working for unqualified white people who can't admit their privilege.

I was in the National Honor Society in high school & the academic honors program in college. White people often said "affirmative action."

my first month in college, 2 white students told me that i only got in because of Affirmative Action. I was in the national honor society.

Was constantly asked if there was a special affirmative action program or black scholarship fund. I was a state speech champ and hnr student pic.twitter.com/uC8z24hMQU 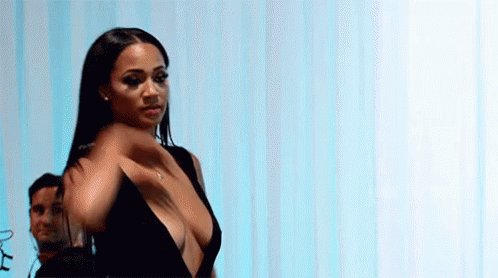 I have heard many variations on this from family members. There is a whole body of white folk lore on the goodies given to minorities.

Same. Got a relative who straight up told her boss the reason she (boss) got her job instead of her (relative) was because she was black. 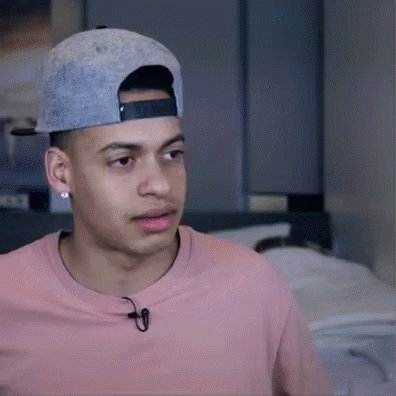 Did I miss this payment option ?

Free huh? So I guess that 100K+ that my black ass owes for college is a mirage.

Two users provided insight into why they believe the idea persists.

Marcus Casey @marcusocasey
Replying to @mzgee41 and 5 others

A huge number of white people's guiding political philosophy is the paranoia that somewhere a POC is getting something they don't deserve.

And they universalize their experiences w/indiv. POC to represent ALL POC. And will say their friends of color are "not like those people."

One man tried to poke holes in Ford’s account.

It wasn't just him. He was the first who said it to me. Everybody else at the table agreed with him, and so have folks I've met after.

But you wouldn't buy it -- you would tell me, correctly -- that I was sterotyping. And so are you. The person u describe is a cartoon

One black person in a law class does not equal several conversations with white folks over twelve years. I'm not making this up.

My point is not that this is every person or that they're evil people, it's that it is a prevalent myth that helps fuel racial tension.

But many backed her up, not only regarding college admission but also government assistance.

Reminds me of when white classmate tried to tell My partial s'ship was b/c I'm black. Meanwhile, I graduated in the top 10 of my HS class.

Meanwhile i had a black single mom on disability from a work injury and didnt get half the aid my roommate did. She had nothing else to say.

It's the same in the UK, people think that illegal immigrants come in and get free money, housing etc it's why many voted out of the EU.

When you speak to people they like people from other countries that they know, it's "the others" the ones they read about in newspapers...

Don't we have our own colleges?  Why are we having these discussions with these assholes? Tell them to STFU!!!!!

That;s why important to go ANYWAY...cuz we all know that white privilege are allowed to go FREE based on so-called scholarship programs when the truth is white families DONATE money to those colleges for the sole purpose of  GIVING  "whites" the opportunity to be educated regardless if they have money to go or not.  This has been going on since DAY ONE.  But it has NEVER been talked about.  And since they think that?  Where in the HELL is our money for 500 years of FREE LABOR?  Where is our 4 acres and a mule PROMISED? If one calculate the money not given to us for the free work done to build this country against the "little dollars" they give for college....THEY STILL OWE US.  And will continue to owe us GENERATIONS for now.  This is another example of why education is so important.  If those who say blacks get everything free WOULD read a damn history book or wake up to the fact that we were people forcible working  without pay and not look us at us as subhuman animals....then they would UNDERSTAND that slavery was WRONG and no amount of money will EVER repay what was done to a CONTINENT of brilliant people-who had the unprecedented ability to  create the most powerful nation in the world.    This type of thinking will continue as long as this administration dismiss education and embrace ignorance and unawareness.  As why Trump is using Christian media to brainwash its audience.  I see it.  And I am stunned hearing these so called Christians agree with the agenda of the Trump presidency.  It's almost like the field vs house mentality....or the intellect vs the dumb dumb....all over again.  Pitiful.  But!

" A 2011 study of 30 elite institutions found that the children of undergraduate alumni ("primarylegacies") were, on average, 45.1% more likely to get in."

In 1958, the legacy admissions rate was 70%. A pamphlet from the Princeton Alumni Council reads:

"No matter how many other boys apply, the Princeton son is judged from an academic standpoint solely on this one question: Can he be expected to graduate? If so, he’s admitted. If not, he’s not admitted. It’s as simple as that."

sunnubianA1
"Myth 5: A large percentage of White workers will lose out if affirmative action is continued.

Government statistics do not support this myth. According to the U.S. Commerce Department, there are 2.6 million unemployed Black civilians and 114 million employed White civilians (U.S. Bureau of the Census, 2011). Thus, even if every unemployed Black worker in the United States were to displace a White worker, only 2% of Whites would be affected. Furthermore, affirmative action pertains only to job-qualified applicants, so the actual percentage of affected Whites would be even smaller. The main sources of job loss among White workers have to do with factory relocations and labor contracting outside the United States, computerization and automation, and corporate downsizing (Ivins, 1995)."

All the education these suckers are paying for doesn't make them much smarter than a box of rocks. All they do is sit around on TV running their mouths all shaved and spit shined  and the world's being destroyed by the nanosecond. I think they miss not having any lips.