Oscar Nominated Actress Viola Davis: "I took my wig off because I no longer wanted to apologize for who I am. There is not one woman in America who does not care about her hair, but we give it too much value. We deprive ourselves of things, we use it to destroy each other, we’ll look at a child and judge a mother and her sense of motherhood by the way the child’s hair looks. I am not going to traumatize my child about her hair. I want her to love her hair."

Wow what a beautiful child and mother. I can see that little girl skipping around the house and the yard singing and reciting poems her mom taught her. BTW I heard how they became family, its a good story. Some people have a problem because the little girl is light skinned its kinda sad we as a people are dealing with colorism.

The hair.  Scientists [well black scientists] have discovered the real usage of the "hair."  Those tiny strains of fiber are antennas to feed the brain knowledge and to be able to recognize "intelligence."  This ability was snatched away with the onset of patriarchal rule.  As why in the eastern hemisphere....the hair is covered.  As why when conquerors moved west, the first thing they did was covered the woman's hair with scarfs seen on women from east Europe to south America.   You can tell if a country's been invaded by the covering of the women/girls [head and body] in the community/village.

Also...I did some research a few years ago....on why African girls hair in certain parts of Africa have crew cut hairstyles like this: 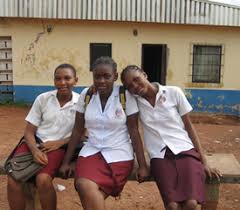 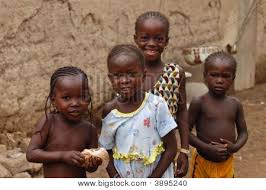 What I discovered is that they keep their hair cut short as a way to keep away the glory.  Remember the christian saying...."hair is the woman's glory."  So in order to control women and girls in this area of Africa.....the culture of women's hair is reflective to the power they have in their village.  As oppose to hair in other African cultures....for example 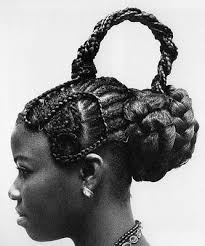 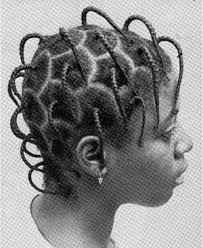 Each hairstyle tells a story reflecting the village.  And as you can see....the more hair shown the more power in the people both male and female.  There is a book entitled "400 years without a comb."  In it, there are images of African hair before slaves settled in the new world. The book denotes that the reason why slaves had problems grooming their hair is because they came to America without a comb i.e. natural comb.  And I might add that white women prior to coming to the new world as mail order brides DID NOT know how to groom their hair as why female slaves were forced to brush white women's hair for hours at a time.  It is the African slaves who created hairstyles for their Ms. Ann.  Cuz in Europe, some women wore those white wigs seen in England's court or they wore scarfs over their heads.

So the more hair exposed, the more power women have.  And this hair thingy really has a lot to do with the male gaze.  Cuz in other invaded cultures, women hair is hidden....and the only reason being is genetically males are supposedly attracted to females.  And there is a certain enzyme that triggers the male to pursue the female[usually in animals it's seasonal].  To control women's power all that is COVERED up...so that the gaze will move onto the male youth instead of toward the women.  This can be seen in Greece, Rome's scruptures etc.  Where the female images are covered from head to toe unless she is a "goddess" and the males [athletic statues]  are viewed in full and half nudity.  But I'm gonna stop here.  I just wanted to point out the power of the African hair.  But!

Exactly my brotha!  Exactly.  But!