Sharper, a five-time Pro Bowler, was indicted on two counts of aggravated rape and one count of simple rape.

He is accused of sexually assaulting two women at his New Orleans apartment on Sept. 23, 2013.

Sharper, 39, is charged in Los Angeles and Arizona with rape and has been jailed in California since Feb. 27.

During a 14-year NFL career, Sharper played for three teams - the Green Bay Packers, the Minnesota Vikings and New Orleans - and was part of the Saints' Super Bowl championship team for the 2009 season.

Sharper could face a life sentence without the possibility of parole if convicted of the charges.

Erik Nunez and Brandon Licciardi, alleged accomplices of Sharper, were also indicted by the grand jury. 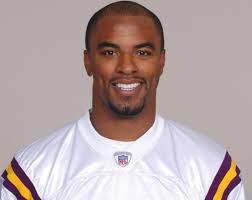 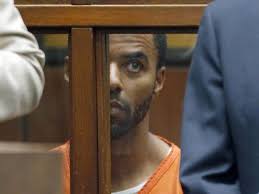 Detroit Lions running back Reggie Bush is now being linked to the ongoing Darren Sharper case involving the spiking of drinks. One of Sharper’s co-defendants told investigators that he saw Bush spiked drinks with 'molly', an illegal party drug.

Brandon Licciardi originally told investigators that he saw Bush spike the drinks before recanting and indicating that Bush told him he was doing it.

Here’s Licciardi’s statement via the Advocate:

OK, um, I was in Vegas about three years ago and um, Reggie Bush put Molly in Champagne. He was handing out Molly on the dance floor to girls. Handing it out. Like giving it to them.

When pressed about how he knew what Bush was doing, Sharper’s co-defendant indicated that he saw it with his own yes.

Reggie, yeah. No, I didn’t see him put it in the drink. He told me. And he said he was handing it to people, in Vegas,” Licciardi said, adding, “He asked me if I wanted some. And I was like, I don’t do that stuff.

Bush has not been linked to any wrongdoing in the case, but an FBI agent close to the situation did indicate that further investigation would be forthcoming.

At the very least, this has to be worrisome to the Detroit Lions organization. Anyone linked to Sharper’s alleged activity will be prone to questions regarding just how much involvement took place.

Sharper — an alleged serial rapist — was indicated on federal rape charges back in December. These current charges in which Bush is potentially linked to stem from a federal case regarding allegations that Sharper drugged the women before sexually assaulting them.