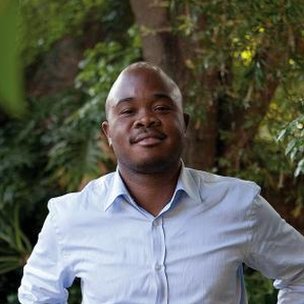 Fred Swaniker, an entrepreneur with a passion for solving social problems, believes that many of Africa's predicaments boil down to a lack of adequate leadership.

To help change that, during the last nine years he has focused his energy on the creation and development of an elite pan-African secondary school aimed at fostering the next generation of leaders and entrepreneurs.

The African Leadership Academy (ALA) opened in January 2008 in the outskirts of Johannesburg, South Africa, and currently has around 200 students from 40 countries.

At the same time they follow a curriculum that prepares them in leadership, entrepreneurship and African studies.

Candidates can now apply directly though the school's website but Mr Swaniker used to send scouts all over Africa to find the right students.

The selection process is very competitive. The school claims that in the last four years "over 10,000 young leaders representing 48 African nations have applied to be part of ALA."

Since most of the students come from underprivileged backgrounds, they get full scholarships in the form of "forgivable loans" that they have to repay, with interest, if by the age of 25 they are not working in Africa and commit themselves to do so for at least 10 years.

Mr Swaniker told the BBC's series African Dream that the academy "aims to multiply the effects, the impact that I as one individual could have."

"I thought that if I can create an organisation that can find young entrepreneurs, young leaders in every country in Africa - that has the potential to really change the continent; if I could build an institution that could develop them, then they could achieve much more than I could achieve by myself."

The genesis of a dream

Mr Swaniker left his native Ghana when he was four years old, with his father, a lawyer, and his mother, an educator.

"Every four years of my life I moved to a new country in Africa and everywhere I went, I saw that we have a beautiful continent, we have so many resources, so much opportunity but I couldn't understand why we were poor," he said.

"As I grew older, it became clear to me that the main reason why we were poor was because of leadership."

He then studied economics in the United States - at Macalester College, Minnesota - and joined management consulting firm McKinsey before obtaining an MBA from Stanford University.

It was at Stanford that he made up his mind to launch his African academy but first he had to pay McKinsey the $124,000 (£80,300) tuition credit they had given him with the condition that he rejoined the company upon graduation.

He did so with the help of two former colleagues from McKinsey who believed in his dream. They also helped him to launch the academy.

"The initial funding came from my friends and family but that lasted for a few months and then it ran out. I really spent the next two years without any money and we just had to find ways to survive. I didn't have a salary and I was sleeping on my friends' couches and living on the philanthropy of my friends," Mr Swaniker said.

"But eventually I told enough people my story and the passion that we had to develop this academy, that eventually people started believing and supporting us, and bit by bit we got funding from different people and they introduced us to their networks… The more they realised we were making progress, the more they came to support us," he explained.

Mr Swaniker is a strong believer in the power of networking.

"We've built a very large network all over Africa, all across the world, and so over the last nine years we've raised about $30m (£20), and that has gone into buying our campus, that has gone into providing scholarships for these young leaders that we are grooming at the academy," he said.

He is also convinced that the academy will foster the establishment of networks among its alumni.

Already some of his school's first graduates are studying at prestigious universities in different parts of the world.

But he hopes that, like he did, they will come back to Africa and help to change it for the better.

"What drives me is the passion to make a difference. The return that I get from the African Leadership Academy is the impact that I see on these young leaders that we are developing and what they are going to do for Africa. And that gives me much more satisfaction than any money I could have," Mr Swaniker said.

"It's very fulfilling to see a dream come true and I'm inspired when I talk to these young leaders, and I walk in the campus and I literally feel that I'm in the presence of greatness, all these young minds with brilliant ideas and passion to change the continent.

African Dream is broadcast on the BBC Network Africa programme every Monday morning.

Every week, one successful business man or woman will explain how they started off and what others could learn from them.

I have a feeling he's going to be VERY successful with this!!  And it's just the kind of thing that Africa - and really WE here in the U.S. - need to happen!!!

However, and I hate to say it, but .... I think that the African youth that this is impacting will do a better job of actually following through with the mission and being successful with the project of this school than would happen here if it were the other way around.

I've had the feeling for a long time that it would be African people reaching out and helping us to find our way out of our situation here and to better economic development and success between Africans and African Americans .... than it would be if the shoe were on the other foot.

Although the tragedy of the Atlantic Slave Trade can in no way be condoned on any level ... it did put us in a position to receive opportunities and advancements that no other African-descended people have received.  And today, we enjoy economic, educational, and socially advanced opportunities that, if taken advantage of, would/should enable us to be on the giving end of greater aid and assistance and education towards a stronger, more prosperous Africa and the African Diaspora as a whole.

But we still don't get it.  And haven't gotten it.  And can't give it out.  We do not have the tools, yet, to properly help ourselves ... and therefore we will probably need the help of Africans .... before we will be in a position to give it to them, first!!

They will do it first.  And let's just hope that by then, we will be ready, willing and able to follow their lead!!

Corona Virus: The Truth
6 hours ago

U.S. PPE SUPPLIES SENT TO CHINA BY TRUMP [AFTER] HE WAS TOLD ABOUT CORONA VIRUS
11 hours ago