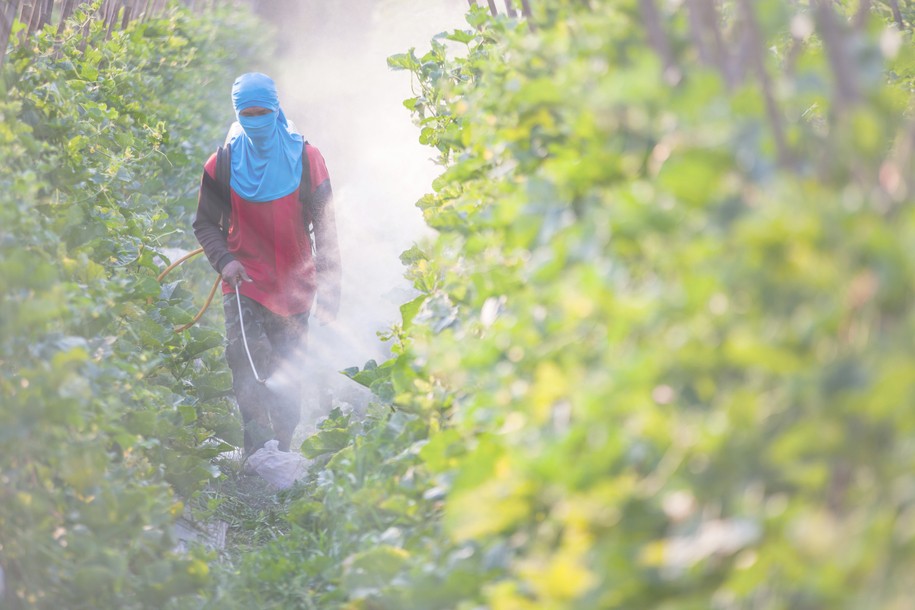 Although production of organochlorine chemicals was banned in the United States in 1977, these compounds can remain in the environment and become absorbed in the fat of animals that humans eat, leading to exposure.

"There's a fair amount of research examining exposure to these chemicals during pregnancy in association with other outcomes, like birth weight -- but little research on autism, specifically," Lyall said. "To examine the role of environmental exposures in risk of autism, it is important that samples are collected during time frames with evidence for susceptibility for autism -- termed 'critical windows' in neurodevelopment. Fetal development is one of those critical windows."

Researchers and scientists from California’s Department of Public Health, members of Kaiser Permanente’s Division of Research and numerous others have released a paper—“Polychlorinated Biphenyl and Organochlorine Pesticide Concentrations in Maternal Mid-Pregnancy Serum Samples: Association with Autism Spectrum Disorder and Intellectual Disability”—describing their findings.

The team looked at a population sample of 1,144 children born in Southern California between 2000 and 2003. Data was accrued from mothers who had enrolled in California's Expanded Alphafetoprotein Prenatal Screening Program, which is dedicated to detecting birth defects during pregnancy.

Participants' children were separated into three groups: 545 who were diagnosed with autism spectrum disorder, 181 with intellectual disabilities but no autism diagnosis, and 418 with a diagnosis of neither.

Blood tests taken during the second trimester were used to determine the levels of exposure. There are tons of chemicals detectable in our bodies from exposure—including two different organochlorine classified chemicals, PCBs and OCPs. Lyall and others were interested in the “levels” of this exposure.

It was determined that two compounds in particular -- PCB 138/158 and PCB 153 -- stood out as being significantly linked with autism risk. Children with the highest in utero levels (exposure during their mother's pregnancy) of these two forms of PCBs were between 79 and 82 percent more likely to have an autism diagnosis than those found to be exposed to the lowest levels. High levels of two other compounds, PCB 170 and PCB 180, were also associated with children being approximately 50 percent more likely to be diagnosed -- again, this is relative to children with the lowest prenatal exposure to these PCBs.

None of the OCPs appeared to show an association with higher autism diagnosis risk.

They also found that even in children without autism, the highest exposure to PCBs appeared to double the risk of being diagnosed with intellectual disabilities. Pass it on to your anti-vaxxer friend. They’re right that big business and the government let us down—but not because of some master plan to inject our children with autism.

We're all going to hang around in this country until we're all barking, snarling and growling and sniffing each other like dogs. We're damn near there now. The Animals of the world see us coming and say: "Holy Fuck, RUN, HOP, SKIP, JUMP, SASQUATCH!"

I believe that it is chemical causing autism and not vaccines.  I also believe that autism is a genetic trait derived from the European Neanderthal.  As why now more African Americans are getting it than they used to back in the day...reminds me of the Agent Orange controversy.  Black people never had this condition prior to the 1970s.  It was blamed on the refrigerator [white] moms in the 1950s for not giving their children enough affection.  Just like they are saying that ADHD doesn't exist.  It is a condition after the fact-when the medication was created BEFORE the actual condition.  And we know why....don't we?