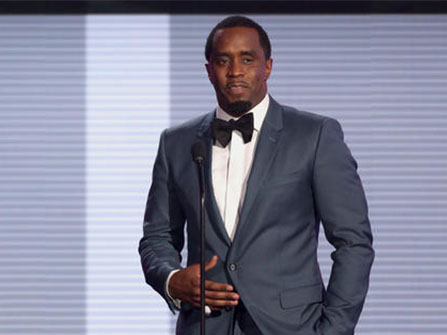 The NFL this season has proven to be an ongoing battle after President Donald Trump fired shots against NFL players for taking a knee in peaceful protest against police brutality.

Colin Kaepernick started the protest last year when he took a knee during a San Fransisco 49ers game. For that Kaepernick was kicked off of his team and has been unable to get on any team in the NFL.

Celebrities like John Legend, Stevie Wonder, Zendaya, Jesse Williams and many others who came alongside Kaepernick in support of his protest.

WATCH: Stevie Wonder takes a knee on the stage "for America" at #GCFest http://MSNBC.com/GlobalCitizen

ESPN host Jemele Hill is also received harsh treatment for her tweets calling the President a racist that resulted in an apology. but two weeks later Hill is suspended from her show for urging her followers via Twitter to boycott advertisers of the Dallas Cowboys. The reason being that owner Jerry Jones has ordered his players to stand during the National Anthem or they can face being benched.

Jemele Hill  ✔@jemelehill
Replying to @DonnyParlock and 2 others

Jemele Hill  ✔@jemelehill
Replying to @DonnyParlock and 2 others

Trump is the most ignorant, offensive president of my lifetime. His rise is a direct result of white supremacy. Period.

Jerry Jones also has created a problem for his players, specifically the black ones. If they don't kneel, some will see them as sellouts.

This play always work. Change happens when advertisers are impacted. If you feel strongly about JJ's statement, boycott his advertisers. https://twitter.com/OfficiallyRandy/status/917219154339483650 …

With all that you wonder what else can be done to come against all of this injustice. Well, rapper Diddy believes the solution is to buy the NFL league.

It all starts with Diddy commenting “Facts” on a tweet by Keith Boykin’s explaining that 70% of the NFL consist of Black players.

Soon after Diddy tweets about having a dream to own an NFL league but now wanting to own one saying, “A league where you can be yourself. Have a retirement plan.”

I did have a dream to own a NFL team but now my dream is to own our own league!

I did have a dream to own a NFL team but now my dream is to own our own league!

A league where you can be yourself. Have a retirement plan.

A league where you can be yourself. Have a retirement plan.

Have freedom to be a great human and protest for your people without being demonized for your beliefs as a KING!! NEW DREAM ALERT!!!!

He finally ends with this:

If Diddy bought the NFL league, what would that look like? Would there be change? Comment down below.

I, personally, do not care whether or not we have an NFL or an ABC. I do want to know why grown people talk like toddlers!! What the hell is "taking a knee" or "taking a self-ie"? Either you're "kneeling" or "taking a picture of yourself." The English language is hard enough without talking like a bunch of clowns. Would someone tell DOTARD Kim Jong Un's real name so that he can stop calling him "Little Rocket Man?" That's dumb and disrespectful as all hell.

Kim Jong Un's just as much a "Leader" as He!!!!! Both of them are about to lead the world to Chernobyl,  that place that became so radioactive that everyone had to vacate FOREVER!!!!!! Radioactive automobiles are still parked in place just the way they were left years ago.

A change of subject!! I'm not one to make fun of anybody, but this was just a casual observation. When a person has an over abundance of soup coolers and paints them deep purple, it looks like one has two slabs of liver under the nose and is waiting for a side order of onions to arrive. That shit's not pretty. The wig's one thing, the soup coolers another. Just an observation, 'tis all. Lighten up the coolers!!!!! Everything we do in the "name of beauty" ain't "beautiful" nor even pretty. Especially on television!!!!!!!

I'm with you my sista I care LESS about playing with their balls i.e. football, basketball, baseball, golf etc.  The sport I totally recognize is boxing...don't know why I just love it.  Maybe because the only weapon is the hands....and they have to talented and quick hands along with the feet and the rhythm of the movement of the sport.  But if Diddy wants to do something effective?  Why not open up a few schools in the black community?  Why not INVEST in the black community and create long terms jobs so that black families can be independent of the government?  Why just DO for your OWN race....fool?  Folks fell on the blade for your ass and your repayment?  Competing with  massa cuz deep down you wanna be just like him.  It's that SKANK gang mentality that most young black celebrities have that is DESTROYING our culture.  He is not grateful.  He is not forward thinking.  He is nothing but a THUG...don't care HOW much money he has.  And they call folks like him.  N$ggers.  So since he's that?  I don't expect him to do nothing but what he's doing now.....shadowing massa like a focking eunuch.  Geez.

When are they gon learn?  Probably.  Never! But!

These wealthy  Black assholes need to send some drinkable water and bath water to the folks living in Puerto Rico. I feel so sorry for those people. But for the grace of God my Puerto Rican Wonders could be there too if their mother didn't give birth to them here; their grandmother's here too, but their great grand mother on the mother's side is in Puerto Rico. It's a damn shame how DOTARD's treating the Islanders. That's why he's getting so god damn ugly by the second because his heart's so pitch black. I wish someone would drag his ass out of the White's House and throw his ass into Mari Largo and throw away all the fuckin' keys. I can't STAND  Orange Feces Mouth!!!!!!!!!!!!!!!!!!!!!!!!!!!!!!!!!!!!!!