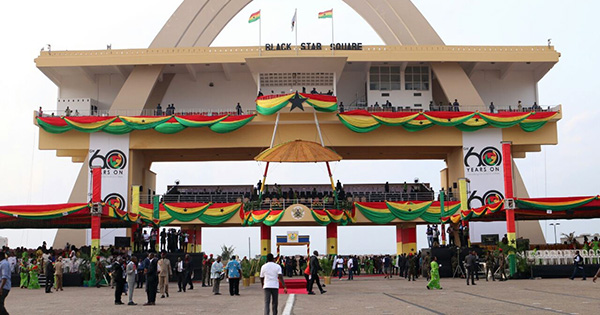 Washington, DC — Following a successful launch of the inaugural Back2Africa Festival in February 2018 and the Ghana Tourism US East Coast Visit in March 2018 with The Adinkra Group to promote Ghana as a prime tourism destination, The Ghana Tourism Authority (GTA) continues to bolster their efforts to promote Ghana as a prime tourist, business and investment destination for African Americans. In late August 2018, GTA partnered with The Adinkra Group and Sunseekers Tours to host a team of writers and photographers from the iconic EBONY Magazine in Ghana documenting lifestyle, culture and tourism which will be prominently featured in EBONY’s Power 100 issue in print and online later this year.

The editorial will serve as an introduction to what people can look forward in 2019. The “Year of Return, Ghana 2019” is an initiative aimed to celebrate the resilience of African people, market Ghana as both a high profile tourism and business destination in an effort to build stronger bonds between Ghana and African people in the Diaspora.

Underscored by The United States Congress’ recently passed Act, H.R. 1242 – 400 Years of African-American Experience, the launch of The Year of Return, Ghana 2019 will be held Friday, September 28, 2018. His Excellency Nana Addo Dankwa Akufo-Addo, President of the Republic of Ghana will meet with members of the Congressional Black Caucus and hold a private town hall meeting for all Ghanaians at The Embassy of Ghana in Washington, DC.

The Year of Return, Ghana 2019 is the only centrally organized public-private partnership with an African nation commemorating the quatercentenary of the arrival of Africans in the United States. The Office of Diaspora Affairs at the Office of the President of the Republic of Ghana leads the steering committee, which is coordinated by The Ghana Tourism Authority (GTA) under the Auspices of the Ministry of Tourism, Arts and Culture in collaboration with the PANAFEST Foundation, Cultural Heritage African Tours, and The Adinkra Group. Given Ghana’s longstanding reciprocal relationship with African-Americans and the African diaspora under the banner of Pan- Africanism dating back to Ghana’s Independence, this partnership is both highly appropriate and inspiring.

Members of the press corps are invited to attend and learn more about the Year of Return Launch and should RSVP for attendance confirmation. Interviews with His Excellency Nana Addo Dankwa Akufo-Addo will not be granted however the Honorable Catherine Abelema Afeku, Minister of Tourism, Arts and Culture, officials of the Ghana Tourism Authority and members of the Steering Committee may be available for interviews after the launch.

How: Send RSVP request with Full name, affiliation, phone number and email to: Denisha Henry at info@yearofreturn.com or call (240) 389-4044

Following a successful launch of the first Annual Back2Africa Festival in February 2018, Ghana’s 61st Independence Celebration, and The Ghana Tourism US East Coast Visit in March 2018 to promote Ghana as a prime tourism destination, The Ghana Tourism Authority and The Adinkra Group continue to bolster their efforts to promote Ghana as a prime tourist, business and investment destination for African Americans by hosting a team of writers and photographers from the iconic, EBONY Magazine to document a 10- day tour of Ghana starting August 21 to August 31 which will be broadcasted through EBONY’s social media platforms and prominently featured in EBONY’s Power 100 issue in print and online later this year.

Coined, the “Year of Return, Ghana 2019”, this 10-day journey kicks off a major landmark marketing campaign targeting the African-American and Diaspora Market to mark the 400 year anniversary of the first enslaved Africans arrival in the United States by returning home to Ghana in the year 2019. The Ghana Tourism Authority (GTA) under the Auspices of the Ministry of Tourism, Arts and Culture will lead the project in collaboration with the Office of Diaspora Affairs at the Office of the President, the PANAFEST Foundation, Cultural Heritage African Tours, and The Adinkra Group of USA.

The delegation will visit and document a number of historic tourist attractions and pay courtesy calls on traditional rulers in Greater Accra, Ashanti, and Central regions. They will also speak with Madam Catherine Abelema Afeku, the Minister of Tourism, Arts and Culture, officials of the Ghana Tourism Authority, and participate in this year’s Chale Wote Arts Festival, as well as interact with members of the African-American Association of Ghana, Diaspora Africa Forum and participate in an Ancestry Reveal with AfricanAncestry.com. The delegation includes: Michael Gibson, Chairman and CEO, EBONY Media Operations, Rosalind Cummings-Yeates, Journalist, EBONY Magazine, Tammy Bender and Karl A. Resse, Photographers, EBONY Magazine, Diallo Sumbry, CEO, The Adinkra Group, Kelly Davidson, Founder, KellyMaven Media, and Gina Paige, Co-Founder and President, AfricanAncestry.com.

JULY 2019 | PANAFEST Promote and enhance unity, Pan-Africanism, and the development of the continent of Africa itself.

WHAT HAPPENED SO FAR:

Some of us need some "40 Acres and a Mule" money for a trip back "home." After we pay our cable bills and heating bills we can barely afford to go across the street. Remember that 400 years of 'FREE LABOR' the Europeans obtained through our expense!!!!!!!!!!!! I believe most of the ancestors got raped, swung from trees via their necks and received whelp marks all over their bodies from whips. Our kids are being shot down in the streets like dogs now; via them and each other. It hasn't been a piece of cake while here; but they're working on "making America white again....sorry, "great again." Stay tuned Africa!!!!! Everybody's working on something...don't know what!!! Kavanaugh's gonna hook us up!! Probably in white robes; they'[ll all be wearing the hoods.

Sign In To Reply
Post
TRUMP THREATENS AFRICAN AMERICANS: ‘IF YOU DON’T UNDERSTAND YOUR HISTORY, YOU WILL GO BACK TO IT’
48 minutes ago

"Running on empty, there was nothing left in me...". RRSOTD
1 hour ago