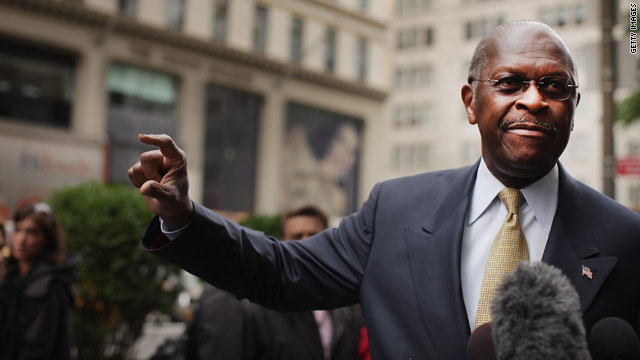 Washington (CNN) – GOP hopeful Herman Cain drew concern from some black opinion elites Monday after expressing his views on racism and how it affects the upward mobility of African Americans.

“People sometimes hold themselves back because they want to use racism as an excuse for them not being able to achieve what they want to achieve,” Cain, the only African-American vying for the Republican slot on the 2012 ticket,  told CNN’s Candy Crowley on Sunday’s “State of the Union.”

“There are disparities in this country in every [socioeconomic] factor that we follow.  In every aspect of our human endeavors in this country there is a racial disparity element that’s a part of it. It’s almost silly to respond to [Cain] because the evidence is so overwhelming,” Smiley said in the interview with CNN anchor Suzanne Malveaux.

West, taking a sharper route, also challenged Cain’s understanding of the economic issues that affect black Americans, saying, “Black people have been working hard for decades. I think [Cain] needs to get off the symbolic crack pipe and acknowledge the evidence is overwhelming.”

According to a survey released Monday by the Institute of Politics at Harvard University and the New Hampshire Institute of Politics at Saint-Anselm College, 20% of likely Republican primary voters in the first-in-the-nation primary state of New Hampshire said they would definitely or probably vote for Cain. In this poll, the former businessman and conservative radio talk show host came in second after former Massachusetts Gov. Mitt Romney.

Steady at the number 2 spot, Cain fared similarly in another New Hampshire state poll released Friday, and again in a national survey released Monday. These polls show his stock in the GOP presidential nominating field is rising.

Smiley referenced this political shift, saying that Cain’s comments about the insignificance of racism can be attributed, in part, to how these views will resonate with Republican voters.

“Herman Cain is trying to get the GOP nomination,” Smiley said. “When you’re running for the nomination of a Republican Party…these are the kind of statements that you make that play to your base. It’s politics.”

Smiley continued, saying that President Barack Obama’s rendezvous with racism should be noted.

Secret Service budget now just to protect Barack Obama and we’re talking about whether or not [Cain] has a point about racism in America?”