Poor Kentucky has no stomach for Obama 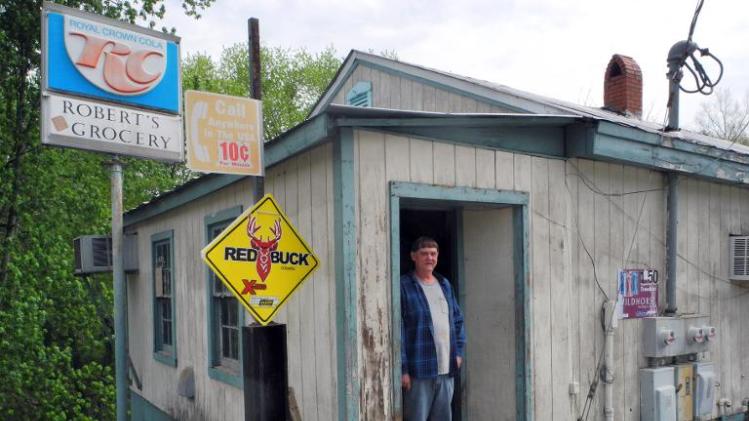 Jackson (United States) (AFP) - Jim Feltner's days are empty. He is a poor man in the poorest county in the United States and lives off government aid.

But the Kentucky resident has nothing but scorn for the head of that government, President Barack Obama, who has made the fight against economic inequality one of his battle cries.

Feltner sits in a plastic chair outside his ramshackle mobile home, surrounded by rusty cars and car parts. He has no television.

People around here, he says, are "just surviving, barely. I know, because I'm one of them."

A victim of two heart attacks, he lives off disability checks, and $105 a month in government food stamps.

Feltner voted for a previous Democratic president, Bill Clinton, but now says: "I will vote for anybody against Obama.

"I don't care who runs against him, I'll vote for him. I don't care if it's a Democrat, a Republican, an Indian, a Pakistani, even a Frenchman!"

The first reason is coal. He accuses Obama of dooming this mining region of the Appalachian mountains with environmental regulations.

Since 2011, 30 percent of the mining jobs -- around 4,000 -- in the region have vanished. Competition from natural gas is another factor in the decline. 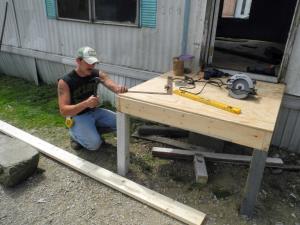 "Here's what he said about the coal business: 'go ahead, build your coal fired energy plants, we will shut them down,'" Feltner alleged.

"Is that something for a president to say?," he added. "He's got a problem with the poor people."

Eastern Kentucky, a region that has long depended on the welfare state, is the epicenter of the war on poverty launched right here in 1964 by Democratic President Lyndon Johnson.

But 50 years later, Obama, another Democrat, is held in contempt in these parts.

Wolfe County has the lowest average income of all the 3,146 counties in America -- $31,000 dollars per household annually.

A massive 41 percent of its inhabitants live below the poverty line -- defined at $11,670 per person per year -- and 35 percent receive food stamps. 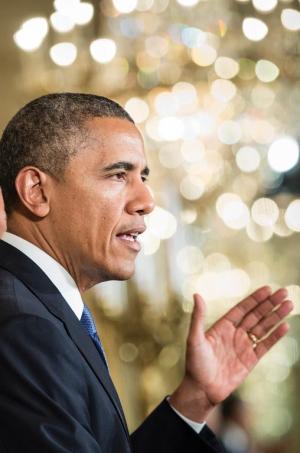 US President Barack Obama speaks at the White House on May 12, 2014 in Washington (AFP Photo/Brendan …

The same aversion to Obama is heard in Jackson, 21 kilometers (13 miles) down the road.

Eric Miller, 28, with bad teeth and an accent as thick as his tattooed arms, says he does not care about politics. He voted once, but can't remember for whom. But one thing is clear: he does not like Obama.

"I guess Democrats just worry about money in their pocket, what they and their friends are doing. They're not worried about us small people," Miller said.

"The Republicans, they are the ones that know… raised up like we have, you know. Know what it's like, what we need, what shouldn't been taken away," Miller added.

"If there weren't government programs, it would be a ghost town," Miller said. He gets $380 on the sixth of every month, and with that he has to support himself and his girlfriend.

The money is loaded onto credit cards that are accepted at certain stores, just for food, although there is a black market in which goods thus bought can be exchanged for cigarettes and painkillers.

"It's unfortunate, when the checks come out, there's a festival atmosphere in Jackson," said Mike Bryant, chairman of the Breathitt County chapter of the Republican Party.

"If someone dared say, maybe we need to rethink this food stamp program, they're going to hang you from the nearest tree," he said.

So why is Barack Obama, who supports food stamps and whose Democratic allies in Congress tried an failed to stop a Republican-backed cut in the program, so deeply unpopular?

Racism is a taboo subject that simmers just under the surface of many a conversation here.

Jackson is 98 percent white, and the region has checkered past. In late 2011 a church further to the east triggered an uproar by barring mixed race couples.

But Bryant says voters' main motivation when they go to the polls are coal and social issues: abortion, guns and gay marriage, which he labels "the three biggies." This is conservative Christian country.

Political scientist Stephen Voss of the University of Kentucky says the only thing that sets local voters apart from conservatives in the rest of the country is that people here are not anti-government.

Otherwise, their values are in line with those of the Republican Party.

"Abortion, coal, the issue of energy policy, they're certainly issues that, depending on the county, push those voters toward the Republican party. Not food stamps," he said.

When America shouts from the rafters that she's "The Greatest Country in the World", she forgets to add, "If You're Wealthy!"  If she was truly "The Greatest", EVERYBODY would be living comfortably, skin color NOT AN ISSUE.  We ALL would be equal citizens under the laws of the Land.