For Chicago residents, the pain of 'Chi-Raq' is all too real

You might know Ja’Mal Green as the young man who took recently Chicago Mayor Rahm Emanuel to task on national television, telling MSNBC’s Chris Hayes that Emanuel “doesn’t care about black people.” His appearance went viral, but Green, who’s 21, is used to the spotlight.

After starting as a self-described troubled kid growing up in Chicago’s most violent neighborhoods, Green became a community activist and Black Lives Matter organizer.

I spoke with Green this week to hear about his plans to transform Chicago from the ground up, why police will never stop relentless gang violence, and the video that finally broke his faith in the city’s mayor.

The text of this conversation has been edited and condensed.

Can you tell me a little bit more about how you found yourself participating in last week’s MSNBC special on violence in Chicago?

I’ve been in the community my whole life. I grew up on the South Side, in the Englewood and Gresham area. I started a youth organization when I was 15 years old. Since then, I’ve been traveling around the country, talking about anti-bullying and anti-violence in schools.

In 2015, my company partnered with the city to do that with Chicago Public Schools. [Then] the Laquan McDonald video was released and I became Rahm Emanuel’s harshest critic, talking about him covering up the video of a police officer shooting a teenager 16 times. From then on, I was a Bernie Sanders surrogate, traveling around and campaigning with him. I’ve been very vocal in the city of Chicago on building a pretty big platform on these issues. 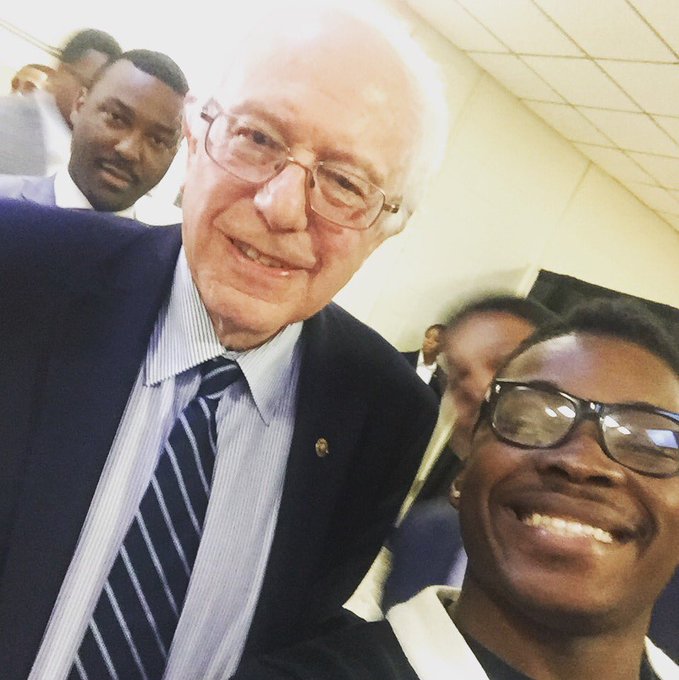 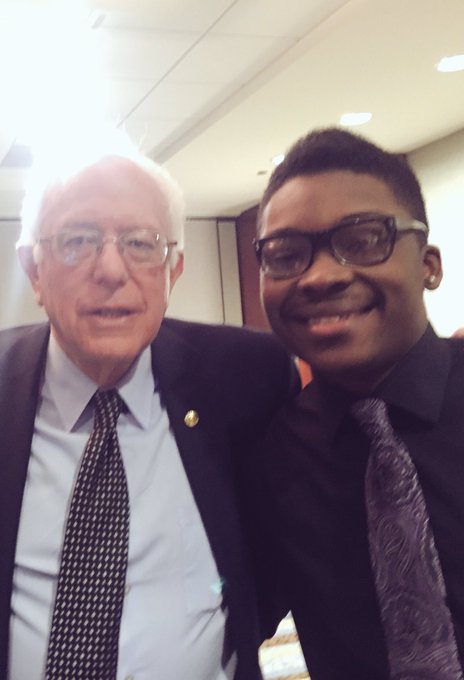 Voice of the Chi @JaymalGreen

Love this guy.. @berniesanders allowed a 20 year old activist speak before him in front of tens of thousands everyday. #ProgressivePolitics

You really took Rahm Emanuel to task on MSNBC. Why do you think that resonated with so many people?

Because this is happening all over the country. Rahm Emanuel is the poster boy for horrible politicians around the country who are neglecting urban communities. Since black people have had their own communities– or been caged in our own communities in projects, whatever you want to call them–there’s always been violence, the reason being because we’ve never had economics, and that’s all by design.

Voice of the Chi @JaymalGreen

How can u be mayor of a city where people are slaughtered everyday yet you dont attempt to show up, see families, meet with anybody, NOTHING

People like Rahm Emanuel are carrying on that tradition of building up everything but the urban communities. So I think it spoke to people because they see their politicians doing the same exact thing in their cities.

Is working on addressing violence in Chicago, particularly on the South side, your main focus right now?

Right now my main focus is opening up this community center. We’re in the process of opening up a community center dedicated to entrepreneurship called Majostee All-Stars. That’s going to give youth an outlet, and it’s going to create jobs for youth. We’re going to be teaching youth how to interview, we’re going to have hiring events, but we’re also going to be doing credit development and real estate workshops and we’ll partner with a bank to do financial literacy. We’re also going to have a dance studio and a music studio for kids with a 3.0 GPA.

We’re fundraising totally independently, and we have a GoFundMe out where people can give donations.

You mentioned that you really want to focus on entrepreneurship at the center, which is something you got into a bit during your answer with Chris Hayes–that stopping violence isn’t as simple as flooding the streets with police.

It’s important because what you have is people walking around in survival mode, uneducated, with no hope. When you have people like that, they are 10 times more likely to do a criminal act.

You have people walking around in survival mode, uneducated, with no hope.

If you go to these communities, we’re not being overdramatic when we say there’s nothing, because there isn’t. There’s no mental health facilities, the schools are bad, the books are outdated, there’s a lack of counselors in the schools, teachers are teaching 30-40 kids that don’t learn the same in a classroom, the unemployment rate is high so no one’s working, there’s no community centers, all of our businesses are shut down because the banks have redlined to where they’re not giving out loans to the black community.

So when you drive through our communities, you see boarded up schools, boarded up houses, no jobs, and no mental health, but then you expect the violence to just go down. It doesn’t work that way. Poverty equals violence, and our people are impoverished. You can walk into every white neighborhood in Chicago and you won’t find one boarded up place, whether it’s a house, a school, a business, not one, because it drops the property value and they won’t stand for it.

After that video went viral, I saw a ton of people on Twitter urging you to run for office.

I’ve always had a base that always pushed me to run, run, run for mayor, run. But it’s not something that I want to do. I’m not a politician, and I don’t want to be corrupted or censored. I’ll stay out on the people’s side.

Where do you hope to see Chicago in 5 years?

In 5 years, I hope to see fresh, progressive politicians in all of the major seats like the governor and the mayor, new congressmen, new state reps. I hope to see candidates that are talking about how we can actually get this city and state going forward on a more successful path for our young people that talks about the economic issues, fighting and passing legislation, and getting these communities built, and talking to the issues that are dear to the people.

Wow!  And he's ONLY 21?  This young dude spoke so eloquently didn't miss a beat!  My prediction if America is still here?  He will climb up fast and become a senator and who knows...maybe the next president.  I was so PROUD to hear him speak.  Excellent presentation on his feet.  Hal Lay Lu Yer....hope IS alive!  But!