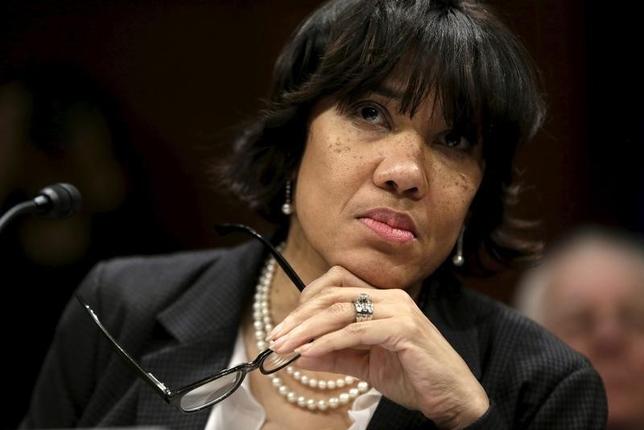 A former administrator in Flint, Michigan, charged in a federal lawsuit on Monday that she was fired for seeking a probe into allegations the mayor tried to redirect donations to her personal campaign fund from a charity meant to help families hurt by the city's water crisis.

The wrongful termination lawsuit filed in federal court in Detroit said former City Administrator Natasha Henderson was fired in violation of whistle-blower and free-speech protections under Michigan law and the U.S. Constitution.

An attorney retained by the city of Flint on the matter did not immediately respond to a request for comment, nor did the mayor's office. A spokeswoman for the city said it was Flint's policy not to respond to allegations made in civil litigation.

It is not clear whether any money was actually directed to the mayor's fund instead of the foundation, said Katherine Smith Kennedy, an attorney for Henderson.

The lawsuit was the latest in a series of cases and probes stemming from a scandal over lead contamination in the drinking water in Flint, an economically blighted city of about 100,000 residents.

Flint was under the control of a state-appointed emergency manager in 2014 when it switched its water source to the Flint River from Detroit's municipal system to save money. The city switched back in October.

The river water was more corrosive than that of the Detroit system and caused more lead to leach from its aging pipes. Lead can be toxic, and children are especially vulnerable.

Henderson's lawsuit alleged that Mayor Karen Weaver ordered her assistant and a volunteer to redirect donors from a local fund set up to help families affected by the water crisis to her political action committee instead.

The lawsuit charged that the city employee was "specifically directed" to instruct people "step-by-step" to donate to the mayor's "Karenabout Flint" fund through its website, rather than the Charity Safe Water/Safe Homes fund through the city's website.

Neither the Flint City Council nor the charity approved a redirection of donors, the lawsuit said.

Henderson, hired in 2015, was fired on Feb. 12, just hours after she asked Flint's chief legal counsel for a second time to investigate the concerns, according to the lawsuit, which seeks unpaid wages and other damages. She reported the allegations three days earlier, the lawsuit said.