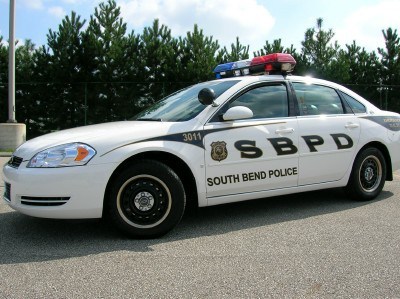 No, that headline is not a typo.

A jury in South Bend, Indiana found that three City of South Bend police officers violated a family’s constitutional rights, and awarded the paltry sum of $1 per officer for the egregious infraction.  You may think the violation must not have been very serious, but that’s not the case.

On July seventh, 2012, in the early hours of the morning, at approximately three or four in the morning, Vivian Franklin awakened to pounding on her door.  At the door were three City of South Bend police officers, looking for one of Vivian’s sons, Dan Franklin.  The officers had weapons drawn, and were shining a flashlight directly in Vivian's eyes.  With no warrant, the officers barged into Vivian’s home, and proceeded to assault Vivian’s other son, a high school student, asleep in his bed.

As he screamed for his mother, DeShawn Franklin was punched in the jaw, tased twice and an ambulance reportedly had to be called when one of the taser probes could not be removed from DeShawn’s side.  According to the Franklin lawsuit, it reportedly took police two hours to call for EMTs to remove the probe.  DeShawn ended up with a swollen jaw and the taser probe injuries.

The three officers, Eric Mentz, Aaron Knepper and Michael Stuk, claim that they had tracked Vivian’s older son to the home, and they had reason to believe he was there, even when Vivian insisted he was not, and DeShawn continued to state he was not the person the police were looking for.  During this time, DeShawn remained restrained in the back of a police car, taser probes in his side.

Let’s step back and let that sink in.  Police barged into a private residence with no warrant and assaulted a 17-year-old high school student who was the victim of mistaken identity.  Then, they didn’t even arrest the right man when they had him.

So, in March of 2013, the Franklin family obviously, and rightly, filed a suit against the officers, as well as the City of South Bend and the major and police chief.  The case was recently adjudicated by jurists in a U.S. District Court in Fort Wayne.

The jury didn’t value those rights.  $1 for having your home violated by police without a warrant.  $1 for being awakened as a teenager by a punch to the face.  $1 for being tased by the very ones who should be keeping you safe, as you scream for your mom.  $1 for the rights of a black family.

The Cave Europeans, with the white pointed Dunce Caps. with scissored eye holes and white night gowns , living in America, have NEVER received any kinds of messages since 1865, before or since that SLAVERY was EVER ABOLISHED. These creeps hold their dogs in higher esteem than any African alive; here, there, everywhere. They love torturing melanin-skinned people and have for centuries. Jesse has named us after the progeny of Slave Owners. What exactly, is an "American?" I think we should all call ourselves Turtles.

Which is why Black folks should just stay quiet when one of us bust a cap in 'em.

The system is against us.