Photos Of Girls Going To School Around The Globe

Every child deserves an education.

Nelson Mandela once said: “Education is the most powerful weapon which you can use to change the world.”

And it’s true, education is one of the greatest resources the world has to offer. Unfortunately, young girls and women ― half of world’s the population ― are rarely given the same opportunities as boys to learn, study and succeed.

Globally, 65 million girls are not in school. Out of the 774 million people who are illiterate around the world, two-thirds are women. There are 33 million fewer girls in primary school than boys. And education really does save lives: If every woman around the globe had a primary and secondary education, childhood deaths would be cut in half.

In January, Betsy DeVos became the U.S. Secretary of Education. DeVos, who’s an education activist with little-to-no actual experience working in schools, comes from a billionaire family and advocates almost exclusively for private and charter schools. The right of children to a solid public education, once considered a clear public good in the United States, now hangs in the balance.

To celebrate International Women’s Day and honor the importance of global education, we’ve rounded up 60 photos of girls going to school around the world.

The photos feature girls of all ages from Iran to Somalia to the U.S. to Japan getting an education — something all children should have a right to, no matter their gender.

This Women’s History Month, remember that we have the power to make history every day. Follow along with HuffPost on Facebook, Twitter and gram"}}" data-saferedirecturl="https://www.google.com/url?hl=en&q=https://www.instagram.com/huffpostwomen/&source=gmail&ust=1489012177386000&usg=AFQjCNFfMZV5ayfDNkrhertepLoNW0O64A" href="https://www.instagram.com/huffpostwomen/" target="_blank">Instagram in March using #WeMakeHerstory 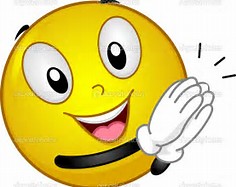