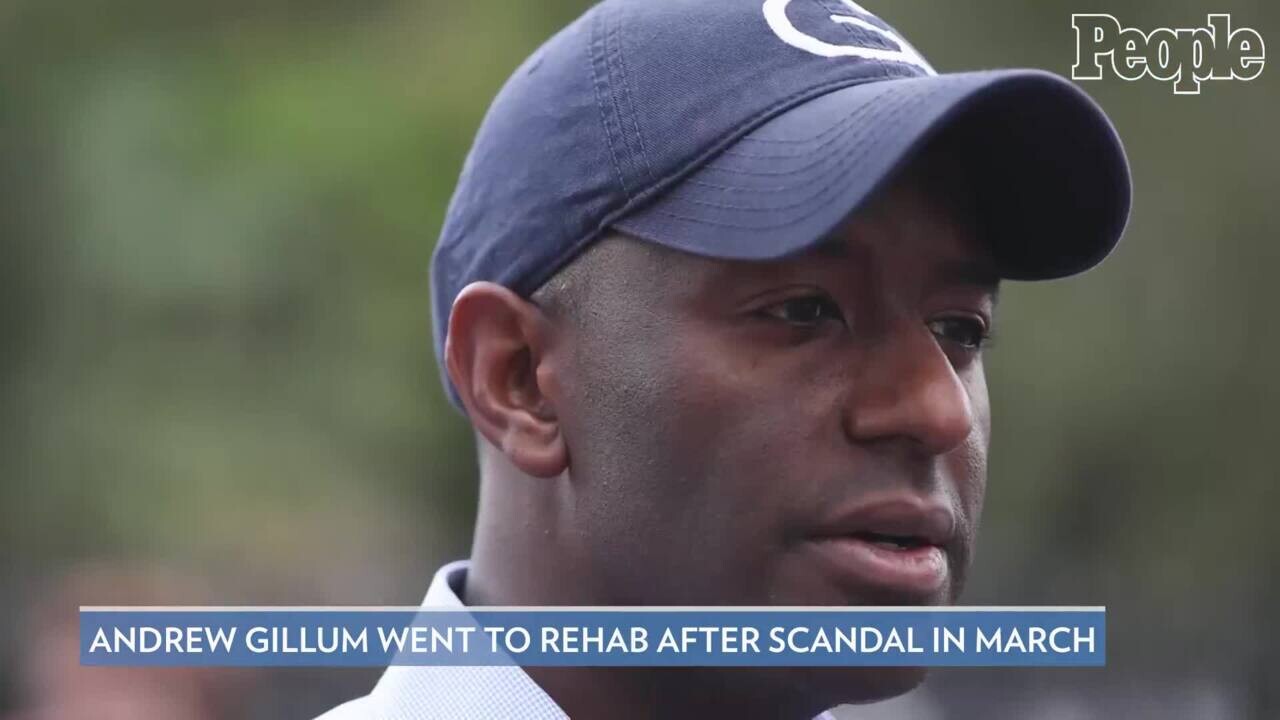 Andrew Gillum told Tamron Hall in a sit-down on Monday that he is bisexual — a revelation as part of his first interview since he was caught in the middle of a scandal in March that led to him enter rehab and retreat from his once-promising career.

The Democratic politician, who lost the 2018 Florida governor’s race by less than half a percentage point to Ron DeSantis, made headlines this spring after he was found drunk in a hotel room with another man who may have overdosed on drugs and was treated by responders, according to local police.

Authorities also said that a substance suspected to be meth was found in the room, though Gillum said he had only had alcohol.

The other man identified himself as an escort through the website Rent Men, according to a local TV news article. He told the Miami New Times in March that he and Gillum had been “friends for a while.”

Gillum, 41, addressed the speculation fueled by that encounter when he spoke with Hall in the season premiere of her talk show on Monday.

"The truth is, is that, Tamron, everyone believes the absolute worst about that day. At this stage, I don't have anything else to have to conceal. ... What was most hurtful was this belief that I was somehow living a lie in my marriage and in my family," he said.

"To be very honest with you, when you didn't ask the question, you put it out there, is whether or not I identify as gay. And the answer is, I don't identify as gay, but I do identify as bisexual," he continued. "And that is something that I have never shared publicly before." From left: R. Jai Gillum and Andrew Gillum sit down for an interview with Tamron Hall
THE TAMRON HALL SHOW

Gillum spoke with Hall in the emotional interview alongside his wife, R. Jai Gillum.

Hall, 49, told PEOPLE last week that it was “one of the most difficult interviews I’ve ever conducted” and their conversation was “intense and at moments it was heartbreaking, upsetting and it was disorienting.”

"I literally got broken down to my most bare place, to the place where I wasn't even sure that I wanted to live — not because of what I had done, but because of everything that was being said about me," Andrew told Hall.

Photos from the scene also circulated in corners of the internet, including one of an unconscious Andrew "on the floor ... literally lying in my own vomit," as he told Hall.

Speculation about Andrew’s private life swept across social media after it was reported the former Tallahassee mayor was found in the hotel in Miami, where he said he had traveled to officiate a friend’s wedding.

Authorities also told PEOPLE at the time that the incident was not being treated as a criminal matter and Andrew was not charged with any crime.

He said Monday what helped him through the immediate aftermath was “the grace that I received from my wife.”

“This was without us knowing whether or not there would be a future Andrew and R. Jai,” he told Hall. “At this point, this was her caring for me as a human.” Hall told PEOPLE that R. Jai was "tough as nails" and "defiant" during the interview, saying she didn't want the incident to define their marriage.

R. Jai told Hall that she believes her husband was experiencing depression in the year since he lost the gubernatorial race and that he was struggling to find words to seek help.

Instead, she said he resorted to an atypically “reckless” decision “because he needed to talk to somebody and probably didn’t have words.”

Andrew said he “took to drinking at a level that I had never done before” after he lost the 2018 race and that he would sometimes drink heavily throughout the day, hiding whiskey in coffee cups.

He was seen crying off set while R. Jai spoke with Hall, saying she “was adamantly opposed to talking” after the incident “because I feel like this day and age, anyone who is a public figure, people feel entitled to every single part of them and it can destroy you.”

R. Jai said "love and sexuality exist on a spectrum” and that all she cares about “is what’s between us and what agreement do we make to be in a relationship with each other.”

During the interview, Andrew addressed whether he envisions a political comeback in his future. He could run for office again “if I put my mind to that,” he said, though he said he was also open to the possibility he may never run again.

“There is not a thing that has happened in my life — scandalous or not — to cause me to believe that if I have service to give an elected office as a means in order to render that I couldn’t do that,” he says. “Now, would it be hard? Absolutely. But Donald Trump is president.”

i think he is trying to save his political career or at least get back in the spotlight to serve a mounthpiece (pun intended) for the rainbow.  I feel bad for the wife and kids.  This must be hard on the wife and the kids later when they attend school.  Sidenote: I'm glad Tamron Hall has her own show.

I feel bad for his wife too.  Quite frankly, I would be freaking out-taking all kinds of tests.   Cuz men on the down low care nothing about their "beards" i.e. women/wives they are having sex with.  And my first question: did you wear a condom?  Cuz man I dont care what anyone says that is NASTY as hell. And unclean.  And the kids?  What embarrassment for them!   That's why I say if you just wanna keep having SEX...don't get married, don't  have kids-it's not fair to the people who love you while you love lusting/risking your life  and are willing to subject your family to it.  I would be getting a divorce, if I were her.  And I would tell her....please don't do the desperate thing and forgive him...kick his NASTY ass straight to the curb.  No mo' time for talking-time to start walking.  But!

I'm glad Tamron has her own show too. That's the best thing about this whole subject.

Black men and their Totem Poles. Nigroos don't realze that's why the KKKops shoot your ass, knee your ass, choke your ass, put you in your damn grave way before your time. STFU. Black women know what you have, where you choose to put it is YOUR BUSINESS!!!!!!!!!!!!!

Hope you don't get the VIRUS, AIDS, that is!!!!!! Hope you don't get the CoronaVirus either (that was an after thought). Why don't you guys read some books? See what you have as a "President". He'd like to see you deader than 50 doornails. The Klan and the Mob ain't your friends. He's both and a bag of chips.