Jerry Smith was humming along U.S. Highway 11 in his light-green, 1961 Chevrolet Corvair, when he came upon something unusual.

A man was walking alongside the two-lane highway, pulling a cart, and holding a sign.

“I stopped long enough to see that it was something about blacks one way or the other,” said Smith, now 72, of Southside, Alabama, recalling the 1963 incident. “After I had seen this guy, the next day we found out he had been murdered. And it was pretty shocking. I had never seen anybody like that, who a few days after I had seen them, was murdered. And it kind of had an impact on me.”

Smith – then a high-school sophomore – soon learned that the man he had seen that day was William Lewis Moore, a mail carrier who was walking from Chattanooga, Tennessee, toward Jackson, Mississippi. Moore was on his way to deliver a letter urging then-Mississippi Gov. Ross Barnett to accept integration.

A portion of the letter, which was opened later, read: “…the white man cannot be truly free himself until all men have their rights.”

Nearly 56 years after Moore was assassinated, Smith is leading the effort to dedicate a historical marker in honor of the civil rights martyr, along the same lonely stretch of road where Moore was gunned down.

A dedication ceremony for the marker will take place at 2 p.m. on Sunday, April 14, at the murder site, about a mile south of Keener Baptist Church. The church is located at 5886 U.S. Highway 11 North, in Attalla, Alabama. Attendees will park at the church and ride on a shuttle to the marker site.

The Etowah County Commission is providing funding for the marker. The Alabama Historical Association is overseeing the marker’s construction through a private contractor. The SPLC is also contributing to the effort.

“Mr. Moore already has a place on our Civil Rights Memorial, which names and honors people who died in the struggle for civil rights,” said Tafeni English, director of the SPLC’s Civil Rights Memorial Center. “We are pleased to contribute to this recognition of Mr. Moore’s sacrifice, in the very same spot where he courageously gave his life for the cause of equality and justice for all people.”

Moore was known to stand up for his beliefs, even if that meant standing – or walking – alone, which he often did. He believed that individuals could be agents of social change simply by acting on their beliefs.

To make his point, Moore, a member of the Congress of Racial Equality (CORE), used a tactic that seemed natural for a postman: He walked to protest segregation.

During his walk from Tennessee to Mississippi to protest segregation, Moore wore a sandwich board that read: “Equal rights for all” and “Mississippi or Bust.” The other side of the sandwich board read: “End Segregation in America” and “Black or White – Eat at Joe’s.”

Described as a middle-aged white man with a gap-toothed grin, coiffed hair and rumpled clothes, Moore came across a white storeowner named Floyd Simpson. A member of the Ku Klux Klan, Simpson questioned Moore in Collbran, Alabama. Moore was happy to explain his views to Simpson.

Later that evening – on April 23, 1963 – Moore was resting by the road in Keener, Alabama, when shots rang out at close range from a .22-caliber rifle. The bullets struck Moore in the head and killed him. Even though ballistics tests later proved the rifle belonged to Simpson, no one was ever indicted for the murder.

Within a month of the murder, 29 young people, carrying signs that read “Mississippi or Bust,” were arrested in Alabama for trying to finish the walk that Moore had started.

“This case has great significance, and no one has really bothered to try to unearth it,” said Mike Marshall, who is writing a book about Moore titled, “No Place for Pilgrims.” The book title recognizes that Moore – who made several walking protests against segregation – was known as “the pilgrim” to people in the Civil Rights Movement.

Marshall, who plans to attend the marker dedication ceremony and to mention it in his book, praised Smith’s efforts to recognize the civil rights martyr.

“I think he should be commended a good bit for all that he’s done,” Marshall said of Smith. “I think that he has been a real driver in all this. I think his efforts have been a big key.”

Back in the 1960s, when Smith was a teenager, his father ran a hardware store. The father and son had friends of both races – which was unusual during segregation.

“I grew up playing baseball with several black friends,” Smith said. “But when the sun went down, I went one direction and they went the other. We had a lot of rednecks in 1963. We probably still do now. I never thought I was one of them.” 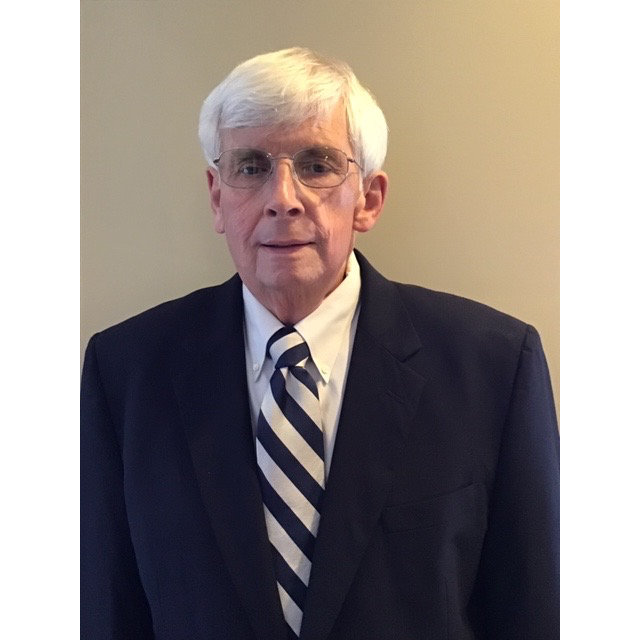 In 1963, soon after learning about Moore’s murder, Smith drove back to the spot where Moore had been killed. Moore had apparently taken rest at a concrete, roadside picnic table before he was murdered.

“He was actually killed at the spot where the picnic tables were,” Smith said. “I went to that spot, to just stop and think that a man I had seen walking was murdered there. I had a hard time wrapping my head around that situation. I just didn’t think it was possible.”

For decades afterward, the murder continued to gnaw away at Smith.

A few months ago, Smith thought to himself, “It really was kind of appalling to me that there was not a historical marker.”

He made several calls to Montgomery, the state capital, looking for the person who was responsible for erecting a historical marker. After many calls and emails, he got in touch with the Alabama Historical Association.

Then, one Saturday, following a morning workout, Smith shared his idea about the marker with two of his friends who also exercised at the gym.

One of the men said that Smith would need to contact the Etowah County Commission, whose district includes the spot where Moore was murdered. The other friend suggested that he contact the SPLC.

During a 10-minute presentation, Smith – a retired Jacksonville State University dean and professor who has a doctorate in education – convinced each of the six county commissioners to pledge $500 from their discretionary funds to the project.

Suddenly, he had the $3,000 he needed for the marker, and the Alabama Historical Association went to work.

“We’re very pleased to have the request,” said Scotty E. Kirkland, chair of the Historical Marker Committee of the Alabama Historical Association, which has facilitated the construction of about 750 markers in the state. “We typically don’t pay for the markers ourselves. We lend the association’s name to the marker, we help them process, we fact-check.”

Some major historical events took place in 1963, Kirkland said. Among them are the assassination of John F. Kennedy, the March on Washington where Martin Luther King Jr. gave his famous “I Have a Dream” speech, and the bombing of the 16th Street Baptist Church that killed four little girls in Birmingham.

“In the course of all that happened in 1963, Moore sort of gets forgotten about,” Kirkland said. “We’re doing more civil rights-related markers, and we’re getting more requests for them, which I think is a very positive sign. This is certainly one that’s deserving of attention.”

After securing funds for the marker and convincing the historical association to have it constructed, Smith still had more work to do.

He needed money for the dedication ceremony – including a tent and shuttle transportation from Keener Baptist Church to the now-empty spot on the highway where Moore was killed. At Smith’s request, the SPLC covered the dedication-ceremony expenses.

“I never wanted to be a leader,” Smith said. “I just wanted to get it done.”