EbonyRoseA1
By the CNN Wire Staff 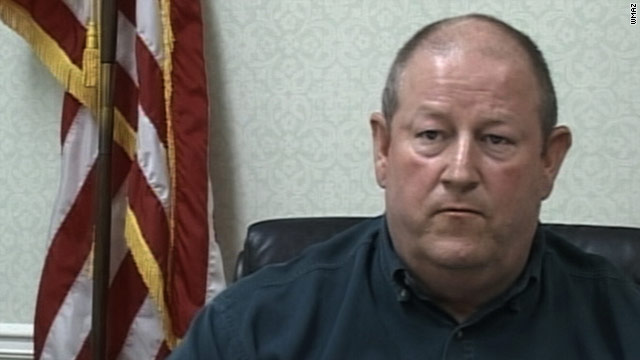 (CNN) -- The mayor of Dublin, Georgia, is expected to sign an ordinance Tuesday that prohibits the wearing of saggy pants. Violators face fines up to $200.

The amendment to the municipality's indecent exposure ordinance will be put into immediate effect at the city council meeting, Mayor Phil Best told CNN.

It bans the wearing of pants or skirts "more than three inches below the top of the hips exposing the skin or undergarments."

"We've gotten several complaints from citizens saying the folks with britches down below their buttocks was offensive, and wasn't there something we could do about it," Best said.

Patrolling for offenders will be left to local police in the town about 140 miles southeast of Atlanta. Violators could face fines ranging from $25 to $200, or court-mandated community service.

"That's not our intent, we'd [rather] not fine anybody but we are prepared to," Best said.

Dublin residents are divided on the issue.

Lashika Haynes supports the push to force folks to pull up, "It's just disrespectful by showing your drawers to people," she said.

But there are those who feel that the ordinance singles out a specific group of citizens.

Jean Wolf, who volunteers with young black men in the community said, "They're the ones wearing the saggy, baggy pants."

Wolf said she believes the ordinance will lead to profiling by authorities.

Best said that accusation is "ridiculous."

"It's for white, black, man, woman. The ordinance is for everyone, and I've seen it violated by all races and sexes," Best said.

Dublin is not alone in its pull-up-the-pants campaign. Riviera Beach, Florida, and Flint, Michigan, passed bans against sagging pants in recent years, but the Riviera Beach legislation later was declared unconstitutional after a court challenge.

"It's time we all have a mutual respect for each other ... what a person does in the privacy of their home is fine," Best said. "But if I had an 8-year-old daughter, I don't think she needs to be subjected to looking at someone's rear end."

sunnubianA1
As much as I am against infringing upon a person's rights, I have to say that I am so tired of seeing boys (and grown assed men) walking around with their pants below their butts, I just don't care how many cities ban this attire.  I think I saw a young guy on a street corner one day with his pant down to his knees and with a belt on!

There is a thin line between doing your own thing and looking like an escaped mental patient.
9/7/105:42 PM
❤️ 0

James Wesley ChesterA1
I agree with the move.

I think it speaks to not only propriety, but more importantly, decency.

I don't allow workmen, or workwomen, on my property with sagging pants.

The waitress at the diner I have breakfast in every morning, walking around with the crack of her butt showing.

I am seriously considering going to another place.

I totally agree with this move as well.  Cuz young people NEED to know what the term decency and self-respect mean.  No one wants to LOOK at your underwear....male or female's.  It's disgusting.  So I'm for it!  Hurry up

EbonyRoseA1
What's especially sad is that this had to become a matter of (public) law enforcement .... instead of a (more private) matter of simple moral, decency or basic common sense enforcement.

I'm having a hard time understanding why anybody has to tell somebody else that showing your ass in public is NOT a good thing.

I used to think that too my sista.  But!  While in line at the grocery store, homeboy is front on me with his pant all the way under his butt, his underwear showin' like it's a t-shirt.  He just stood there as if he doesn't understand why older folks were staring at him like he was CRAZY.  Of course, I said sumthin.'  I know I know.  But he's a baby.  I am NOT gonna be afraid of my own folks.....including their children.  So. I said very nicely mind you.  "Um...sir.  How do you walk holdin' up your pants all the time?"  He looked at me.  Scanned me.  Thought about it.  Then laughed.  I said.  "No I'm serious.  How you gonna get a job with your pants hangin like that?  You do have a job....right?  He laughed no.  Well, I began, I have a secret.  He leaned down to hear it.  "We don't wanna SEE your underwear."  He laughed again and said.  "I hear you.  My mom tells me this all the time."

I talked with them for a while waiting in line.  I concluded that he is not a bad kid.  Just stuck on stupid.  We had a great little convo.  Kinda intelligent this fellow....but!  He doesn't get it...like many his age.  So I hugged both of them[cuz as a momma that's what I do when I am in the company of children my own kids age] and told them to be careful.  But!  I know that this trend is not gonna stop.  And going public to stop it is the extreme but these kids are wearing their pants baggy in public.  So in that I think the law is appropriate cuz for the most part...no one WANTS to see underwear or panties in public....but!  And....there is not but!  Just is what it is.

I have mixed feelings about this. But for the record, no one finds this doofy minstrelsy coonish fad more offensive and stupid than I do. But such a law would not pass muster in a federal court. No need to explain because we all know why. Good luck…..