I can't decide if this is MORE sick or disgusting. 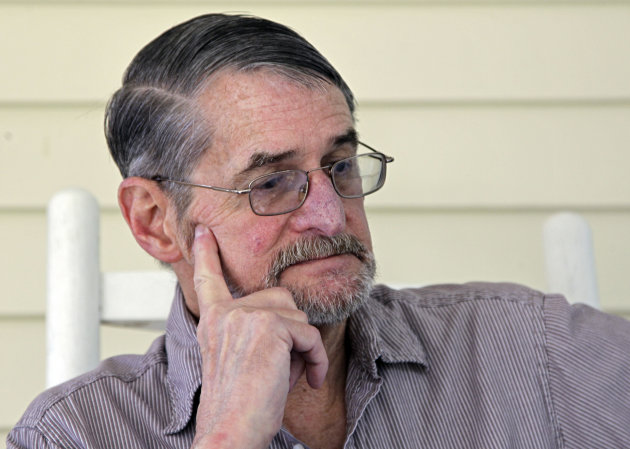 He was in his late 20s, living in a Fayetteville motel and working as Tupperware deliveryman. He invited boys from Troop 786 as young as 11 years old to ride with him along his route, requesting that they spend the night in his room so they could get an early start.

"Yes, I abused kids," Menghi, now 69, said in an interview Wednesday with The Associated Press. "But just how many and other details I can't remember. It was a long time ago and I was in a fog."

Menghi's file is just one among 14,500 pages of "perversion files" compiled by the Boy Scouts of America between 1959 to 1985 and made public last week by court order.

His file details the way local Scout officials investigated the allegations and removed him from the organization, but failed to report crimes to law enforcement. In Menghi's case, even some parents were not told that their children could have been victims.

The AP tracked down the former scoutmaster in Monroe, a bedroom community near Charlotte where he lives on a quiet street around the corner from an elementary school. Had he ever been convicted and placed on the state's sex offender registry, a 2006 law would bar him from living within 1,000 feet of a school or daycare.

The house Menghi shares with his adult son was decked out for Halloween with fake tombstones, a big white ghost and a black-clad witch. The front door was covered with bloody handprints and a warning: "Keep Out!"

The former scoutmaster said he was a Boy Scout growing up and wanted to give back to the organization. He was 25 years old and single when he decided to volunteer. As he spent more time alone with the boys, his "dark side" took over.

"What I did was wrong," Menghi said, sitting in a rocking chair on his front porch. "I'm not making any excuses. But I was a heavy drinker and did pot every once in a while."

His file shows local scout officials were contacted in early 1974 by the father of two brothers, ages 11 and 12. They had been overheard by an older sister talking about what happened in Menghi's motel room. Other parents also reported that their sons had been molested.

After interviewing the parents and some of the scouts, Kia Kim District Scout Executive George F. Hardwick Sr. drafted a memo stating that he believed there was evidence Menghi had abused as many as 10 boys. He and other officials met with Menghi the next day to confront him with the abuse claims and barred him from scouting.

"The biggest thing was to get the guy out of scouting and away from our boys," said George Heib, 86, a retired U.S. Army officer who was at the meeting. "Putting the boys through all the trauma of having to go to court and trial and all the stuff like that, I didn't think it was worth it. Of course, the publicity wouldn't be good for scouting, either."

The local scouting officials wrote to national headquarters seeking guidance on whether to encourage the parents of the abused boys to file a criminal complaint. Paul I. Ernst, the BSA executive then in charge of the organization's secret files, directed them not to.

"Normally, we do not suggest that any legal action be instituted by parents," Ernst wrote. "If they desire to do this on their own they certainly should bring about any action they feel necessary. Certainly in this case, there is every indication that legal action is justified."

A woman who answered the phone at a listing for Ernst, who now lives in Texas, directed questions to BSA and hung up.

There's no statute of limitations on prosecuting child sexual abuse in North Carolina. William West, the district attorney for the county that includes Fayetteville, said in a statement that his office and the sheriff's department would review Menghi's case.

Now 83 and still active in scouting, Hardwick said Thursday he never contacted some of the parents and never considered going to the police himself.

"As the district executive, I followed the procedure I was supposed to follow," said Hardwick, a retired U.S. Army officer. "I handled it according to my instructions. Today, there's no question the guy would be put in handcuffs. But that wasn't the way it was done in those days. Nobody even wanted to talk about it."

The current leadership of the Boy Scouts of America, which has hired a public relations firm to handle media questions on abuse, declined to comment on Menghi's case.

Menghi said the only reason he stopped molesting boys was because he got caught.

"That's when it really hit me. I knew I needed to quit and get help. Then I blacked it out," he said.

He said he recognized the emotional and physical pain he caused and would like to apologize to his victims. He said that might not be enough now that his secret file can be read by anyone with an Internet connection.