The White House cast aside protests from local government officials Tuesday about the deployment of armed federal officers to quell protests inside cities that say they don't want assistance as President Trump demands 'law and order.'

The administration is planning to send 150 federal agents to combat violence in Chicago, but for now is not saying which agency they will come from or what their mission will be.

White House press secretary Kayleigh McEnany provided a legal justification for sending Homeland Security officials to Portland, pointing to a statute that allows the feds to deputize officials to protect federal property, following a clash at a federal courthouse in Portland.

But she did not state what legal authority Trump would exercise to dispatch 150 federal agents to Chicago – among a handful of cities experiencing violent crime where Trump said he would insert federal forces, despite angry pushback from Mayor Lori Lightfoot.

'It's egregious what's happening,' McEnany said, rattling off a number of incidents where people who joined protests have thrown objects at officers.

'President Trump is taking action in Portland, even though you have a Democrat mayor and Democrat governor unwilling to work with us in the situation. We are surging resources along with secretary [Chad] Wolf at DHS and augmenting the federal protective service to safeguard federal property,' she said. 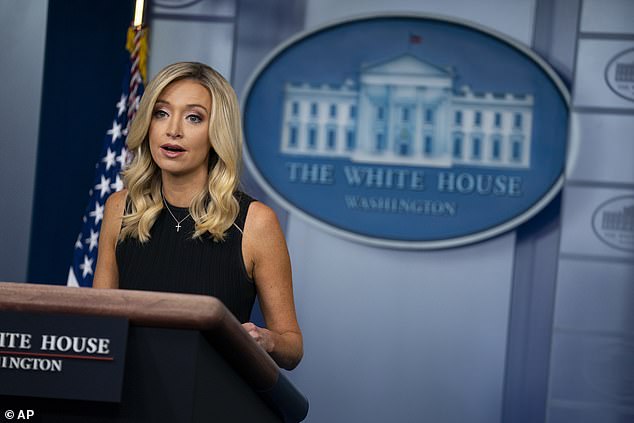 'It's egregious what's happening,' White House press secretary McEnany said, rattling off a number of incidents where people who joined protests have thrown objects at officers. 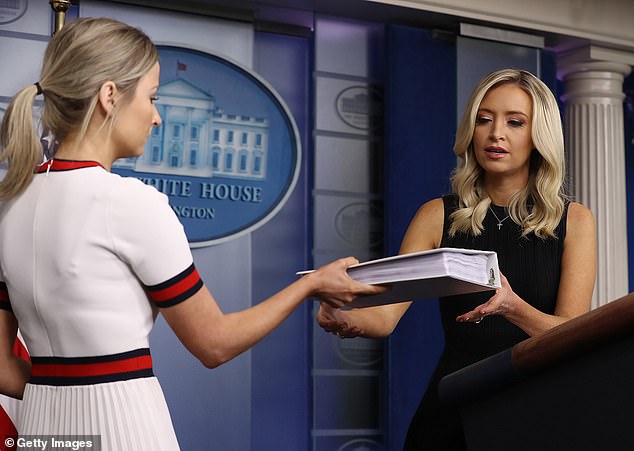 BY THE BOOK: McEnany pointed to a section of the U.S. code allowing agents to be deputized to protect a federal building 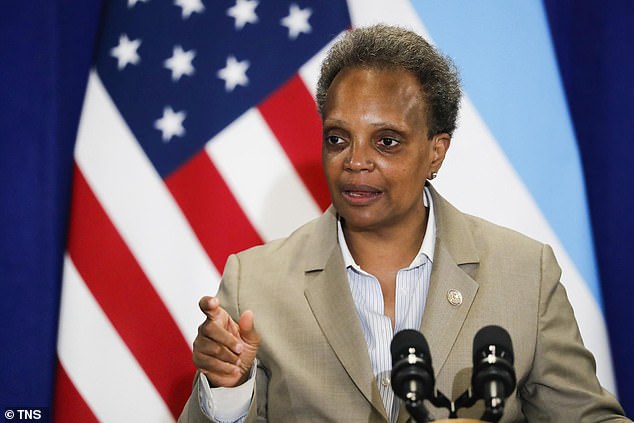 This is all ILLEGAL AND UNCONSTITUTIONAL.

Oh, wait, not it's not, because during the mass 'shock and awe' of Katrina, Congress was quietly amending The Insurrection Act of 1807:

In the wake of Hurricane Katrina, Congress amended the Insurrection Act of 1807. The Act enables the President to deploy the military “to suppress, in any State, any insurrection, domestic violence, unlawful combination, or conspiracy.” The amended Act expands the language of the original Act to include natural disasters, epidemics, or other serious public health emergencies, terrorist attacks or incidents, or other conditions.

However, Caveat for Trump:

The State will be deemed to have denied its citizens equal protection of the laws, and the requirements of the Insurrection Act satisfied.

The latter seems to qualify the deployment of Federal troops to PROTECT THE CITIZENS that are not being protected by local/state law enforcement, not to [violently] engage against American Citizens exercising their Civil and Constitutionally Protected Rights, which is not illegal, another REQUIREMENT for a president to be able to deploy federal/military troops domestically,: "IF said citizens are engaging in any insurrection, domestic violence, unlawful combination, or conspiracy.

The Constitutionally Protected Right to Protest is not 'insurrection'; Peacefully Protesting is not 'domestic violence'; nor are the two an 'unlawful combination' or 'conspiracy'.

The Constitutionally Protected Right to Peacefully Protest [or Assemble] cannot be both legal and illegal at the same time.

Covid19: The Real Story
5 hours ago

"Urban Renewal" - Another Name For Controlled Opposition/Racism
6 hours ago