What You Need to Know About the Enterovirus Outbreak 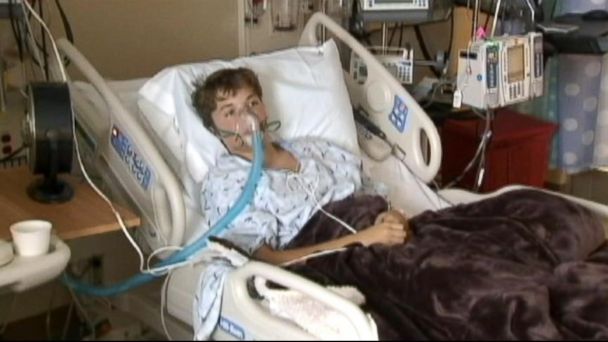 The rare virus suspected of sickening 1,000 kids in 11 states can start out like the common cold but quickly evolve into something much more serious, health officials say.

The virus, known as enterovirus 68, is similar to the rhinovirus that causes the common cold, according to the U.S. Centers for Disease Control and Prevention. But unlike a cold, the infection can lead to severe respiratory symptoms like wheezing.

"It’s the wheezing you have to watch out for," said ABC News’ chief health and medical editor, Dr. Richard Besser, referring to the whistling sound generated when air moves through narrowed breathing tubes.

Doctors at Children's Hospital Colorado in Denver have seen more than 900 pediatric patients with symptoms of the virus in the emergency room since mid-August, according to officials. The hospital admitted 86 kids with severe symptoms and a handful ended up in intensive care.

Beyond Colorado, suspected cases have also been reported in Missouri, Kansas, Illinois, Kentucky, Iowa, Ohio, Oklahoma, Atlanta, Utah and Georgia, according to the CDC. North Carolina has been removed from the list of affected states, the agency said today, but the list is expected to grow.

"If your state doesn't have it now, watch for it, it's coming," said Besser.

Here are five things you should know about the outbreak.

Georgia and Pennsylvania reported clusters of enterovirus 68 almost exactly five years ago in September 2009, according to a 2011 CDC report. Arizona had a small cluster of cases in August and September 2010, according to the same report.

While this isn’t the first time enterovirus 68 has popped up in the U.S., health officials are still trying to figure out why the virus has reemerged.

"This is a very common time for outbreaks. Kids come back to school, they like to share things, they bring them home to their little brothers and sisters," said Besser, adding that most enterovirus outbreaks occur in the summer. "But this one, this particular enterovirus is very rare, and they have no idea why it showed up this year."

Studies on enterovirus 68 are limited, and so is knowledge about how the virus spreads.

Most enteroviruses spread through contact with respiratory secretions like saliva and mucous as well as feces, according to the CDC.

The Department of Health and Senior Services in Missouri, where at least 300 suspected cases have been reported, recommends washing hands thoroughly and often, avoiding close contact with people who are sick, disinfecting frequently-touched surfaces and staying home when feeling sick.

There are no anti-viral medications for enterovirus 68, and no vaccines to prevent the infection, according to the Missouri Department of Health a Senior Services. Instead, health care providers are tasked with treating the symptoms of the infection – a job that may require hospitalization.

"The important thing is to recognize the signs of respiratory distress," said Besser, describing how difficulty talking, audible wheezing and bluish lip color can signal distress. "There are treatments to improve respiration."

Young children and people with asthma may be particularly vulnerable to enterovirus 68, health officials say.

"As a pediatric ICU doctor, we try our best not to intubate kids with asthma at any point in time," Meyappan said. "They all needed it. The onset [of the virus] is severe."

Children also appear to be more susceptible than adults, according to a CDC report released today about cases in Missouri and Illinois. The ages of those infected ranged from 6 weeks to 16 years, with most of the illnesses occurring in children aged 4 and 5.