“We do know that it’s a significant shift,” said Amy Hyslop, a policy analyst at New America Foundation who works on Common Core. “The AFT has objected to using the tests for evaluations, but this is first time they’ve been critical of the standards themselves.”

The AFT’s move comes less than two months after the National Education Association, the nation’s biggest teachers union, voted to demand the resignation of Education Secretary Arne Duncan. AFT has not yet considered joining NEA’s call for Duncan’s ouster, but say it’s not out of the cards.

Reign of Error: The Facts About College Graduates

Maybe that should be Rain of Error because there are so many.

So, around 1910, Rockefeller’s millions and Dewey’s brains converged on a single goal: simple-minded kids in dumbed down schools.  (Henry Ford and the other industrialists needed reliable workers, who didn’t need to know what the Mississippi is.)  The pressure coming from every direction was for less traditional education.  Perfect docility would suffice.

Several events locked these unfortunate tendencies in place.  The Russian Revolution was consolidated by 1920.  Less than ten years later, the American economy went into depression.  The left was ecstatic.  Now they knew that Karl Marx was right.  The U.S. was an evil failure.  John Dewey's ideas were final truth.

“The bottom line is, if you’re not the one controlling your learning, you’re not going to learn as well.”

Mitra argues that the information revolution has enabled a style of learning that wasn’t possible before. The exterior of his schools will be mostly glass, so outsiders can peer in. Inside, students will gather in groups around computers and research topics that interest them. He has also recruited a group of retired British teachers who will appear occasionally on large wall screens via Skype, encouraging students to investigate their ideas—a process Mitra believes best fosters learning. He calls them the Granny Cloud. “They’ll be life-size, on two walls” Mitra says. “And the children can always turn them off.”

Mitra’s work has roots in educational practices dating back to Socrates. Theorists from Johann Heinrich Pestalozzi to Jean Piaget and Maria Montessori have argued that students should learn by playing and following their curiosity. Einstein spent a year at a Pestalozzi-inspired school in the mid-1890s, and he later credited it with giving him the freedom to begin his first thought experiments on the theory of relativity. Google founders Larry Page and Sergey Brin similarly claim that their Montessori schooling imbued them with a spirit of independence and creativity.

Ever heard of Intelligent Tutoring Systems.  I haven't.  Curious how this has been kept under cover.

The instructional programs are called intelligent tutoring systems (ITS). They've been studied many times since the first well-recognized ITS in 1970.

But in a comprehensive statistical analysis of more than 100 individual studies, researchers at Washington State University and Simon Fraser University found much more reliability in their results than any one study found individually. Their work was published in the Journal of Educational Psychology in November (http://psycnet.apa.org/index.c...p;uid=2014-25074-001).

That meta-analysis shows that with small, more individualized groups, computer programs and human tutors/teachers yield results that are statistically about equal. But as the group size grows, teacher effectiveness shrinks.

This goes back to the 1960s, but it is since 2005 that mobile computers have been cheap and powerful enough for every kid.

Nine years after Ken Robinson delivered the most-watched TED talk of all time, the education expert is back with a book that answers the talk's titular question, "Do Schools Kill Creativity?"

This looks like a 4th grade reader from 1900.  It looks as good as anything I was given in grade school more than 60 years later. In 1960, only 29% of the U.S. adult population (25 and older) were HIGH SCHOOL GRADUATES. In 1940, only one adult in 20 had completed four years of college. By Y2k, almost 25% of the adult population had a college degree. Today, more than half of graduating HS seniors go on to college.

What does this tell you? Are the American people getting smarter? Is it even possible to countenance such an absurdity?

Here's what happened: The Vietnam War, & the Baby Boom. I will explain.

In the 1950's and moving into the mid-1960's, colleges were very selective. You could graduate from HS with honors, a decent SAT score (say, 1100 or better), and would not be looking for "the college of your choice," but rather, looking for any college that would have you. In the job market, a college degree meant that you were smart, persistent, and capable, and employers would accept any degree as a solid indication that this applicant could do professional-level work, with minimal supervision. And that was true at the time.

But two things were coming together in a perfect storm of opportunity that has degraded, devalued, and utterly diminished "higher education" for all time in the U.S. First was the Baby Boom. We had a gigantic generation of pampered, relatively wealthy kids who wanted nothing more than four years of extended high school, but without parental supervision. The colleges started building new facilities with reckless abandon, and hiring Admissions officials with "sales experience," to manage the influx. They were reluctant to lower standards, however, believing that the pool of potential students was so large that high standards could maintained throughout the period of expansion.

But Vietnam changed all that. Male students became desperate to get into college, to avoid the draft (before the Lottery, a student deferment was golden). College professors began considering that students who failed might be expelled, drafted, and killed in battle. O, the humanity! Colleges, like all bureaucracies, gradually realized that the more students they accepted, the bigger the college would grow, and BIGGER is BETTER, right? So admissions standards began to decline, course work became watered down and diversified. Colleges that used to "brag" that half of their incoming freshmen could not make the grade and graduate, but later they became dedicated to the proposition that NOBODY would fail out (get drafted, and get killed in Vietnam).

And once the Baby Boom tapered off, we were left with tens of thousands of seats to fill from the following generation of students that was much smaller. Standards devolved even more.

And the administrations of colleges, already bloated to accommodate the Boomers, became even more inflated to address state and federal mandates, supreme court decisions, and the demands of the various constituencies that ruled the roost (women, minorities, G&L students, and so on).

Most recently we are suffering with a horrible job market where a typical HS grad can expect nothing but decades of employment frustration, and hapless governments that are powerless to divert the global economy that is making us uncompetitive. So they cling to the only thing they are capable of doing - sending more of our yoots to COLLEGE, by golly!

So the college degree that was once a ticket to the eventual Executive Suite for a small percentage of the population in 1960, has now become a virtual requirement for any job that requires the ability to read or write a coherent sentence. College itself has devolved into nothing more than a respectable way to prolong irresponsible adolescence for another 4-6 years before starting one's adult life. With a mountain of debt.

Of course, there are fantastic students in every college who are doing things that are at least equal to what college and university students of past generations did, but they are surrounded by masses of students who are simply not "college material."

Footnotally, I will mention the idiots like Bernie Sanders who want to make college "free" for everyone, so that we can all be prosperous. They point to Germany and other Western European states where college is provided by government. But the flip side of that coin is that in those countries, only the top students can go to college. Are we willing to go through the pain of making a degree meaningful again? N.F.W.

This is why we should have a National Recommended Reading List so bright and motivated kids can acquire knowledge efficiently without being bogged down by the educational tar pit.

The Screwing of the Average Man (1974) by David Hapgood
http://www.buildfreedom.com/tl/rape10.shtml
http://www.amazon.com/screwing...apgood/dp/B0006W84KK

Take a look into the classrooms of America and listen to the murmurs of parents, educators and students. It’s 2015—years after the introduction of basic technology for educational purposes in schools—and many of these people in the K-12 community are calling classroom tech integration a necessity.

It’s no longer enough to know basic math or English. Students must always be polishing these skills and actively seeking creative ways to solve new and complex problems.

“The innovations and creativity in science, technology, engineering and math (STEM) will be the drivers of tomorrow’s economy,” astrophysicist, Neil deGrasse Tyson, said in an interview with CNN. “If you are not a participant on that frontier you will trail behind it and possibly get left behind entirely.”

Right now, there’s a need to lay this foundation of 21st century skills in school.

They are only 55 years late.

Science fiction as a factor in science education (Gross)
http://onlinelibrary.wiley.com....3730430106/abstract

Fantastic tales are stories for children, we were told. To be discarded as one grows up, if not before.

My parents supported my teacher’s methods because they thought he was right. I grew up in a joint family (read tribal) system, and our elders were (are) old-fashioned. Education must be instilled into our youth with a vengeance, as children are incapable of learning any other way, they believed. A bit of caning, a dash of slapping, a flourish of the chappal — and all would be well.

Of course, they were wrong.

The Hard Core Pawn Show actually had a floor to ceiling display case full of stolen desktop PC's & laptops stolen from Detroit's inner city schools & pawned by the students to buy guns, malt liquor & crack cocaine, I believe it was in episode 5 of season 2. 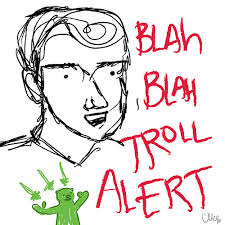