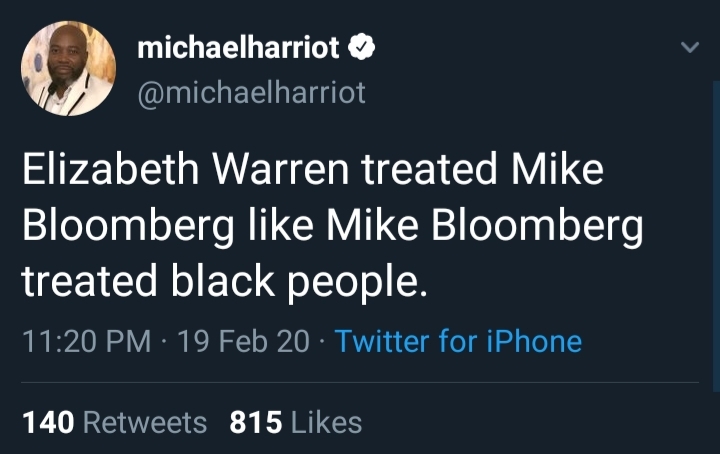 Buttigegg is a CIA Operative.

If he were serious about leveling any playing fields, etc., he would know that any 'plan' should be drafted by Black People/African Americans.

Biden's is a Corporate Democrat, has racially sketchy past, and appears to be in early stages of Alzheimer's.

Bloomberg's vicious racism is the RED FLAG being waived to warn African Americans, really ALL of America, that a win by him would really only facilitate racist, sadistic Israel taking America as well, let alone put the finishing touches on the corporate dictatorship coup d 'etat happening to America.

Bernie is the only logical choice.