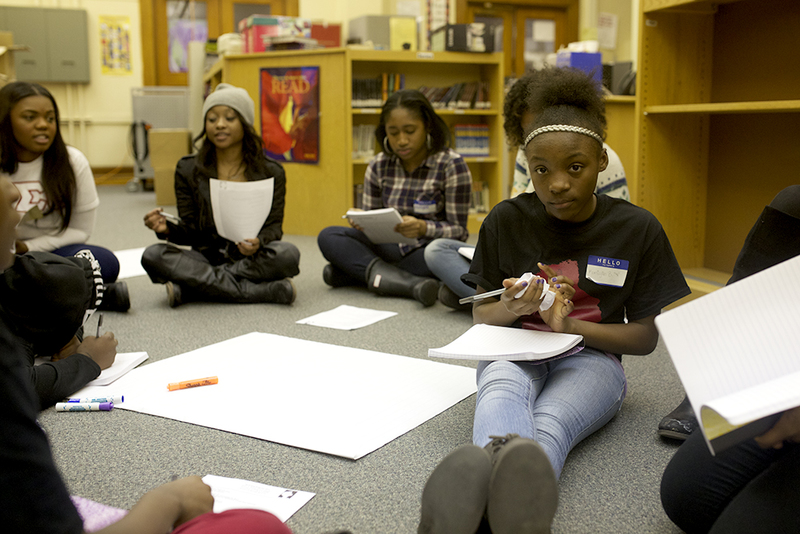 A school nurse and vice principal at Binghamton East Middle School stripped searched four Black girls because they were acting “giddy” at lunch and school authorities suspected they were using drugs. Normal behavior for 12 year olds was used to justify strip searching four young Black girls in front of adults and traumatizing them. Three of the girls were forced to strip down to their underwear, while a fourth girl refused a search and was served with an in-school suspension instead.

We know that racist and sexist assumptions about Black girls lead to the perception that they are less innocent than white girls. These warped views play directly into the criminalization and rampant sexual abuse of Black girls; perpetrators aren’t worried about suffering serious consequences because societal messages tell them Black girls are without protection. These assumptions play directly into the fact that Black girls are six times more likely to be suspended from school than their white counterparts and lead to long term negative effects for their emotional and educational development. From the over-policing of Black girls hair, to strip searching them for exhibiting normal pre-teen behavior, the criminalization of Black girls must stop.

Here is the Petition:


The events that took place at East Middle School on January 15, 2019 are unconscionable and cannot be allowed to go without just for the four girls who were embarrassed and traumatized. Strip searching four 12 year old Black girls because they were "giddy" during their lunch hour plays directly into harmful racist and sexist stereotypes that are pervasive about Black girls and results in their being suspended from school at six times the rate of their white counterparts. As the superintendent of Binghamton City School District, it is up to you to make this right.

At Color Of Change, we’re making the following demands of the Binghamton City School District: