I have written this account without the need for embellishments or exaggerations for the truth is appalling enough. Let this site serve as a drawn curtain to the entertainment industry which is blindly adored by the entire world.

+++++++++++++++++++++++
According to this "retired public relations executive", a group called the "The Dark Crusaders" which include Oprah Winfrey, Jesse Jackson, Al Sharpton, Whoopi Goldberg, Bill Cosby and muslim leader Louis Farrakhan were working together to ensure that the third season of Chappelle's Show would never happen.

Here are the "alledged" events that took place which led to the cancellation of the third season:

-Chapelle recieved a package at his home with the inscription "For Chappelle" on it. Inside the package was a voodoo-doll style replica of Chappelle dressed as Clayton Bigsby "” the African American Klansman from his first show. The doll was riddled with safety pins, and had a noose tied sharply around his neck. Accompanying the doll was a message in a childlike scrawl that read, "what you're doing is hurting the African American community "” it needs to stop."

-As Chappelle began production on the second season of Chapelle's Show, strange things started to occur. Scripts for the sketches began disappearing, featured players weren't showing up on the set, and illnesses were plaguing key members of the crew.

- While in Washington, D.C. on a weekend break from shooting, Chappelle and his mom decided to catch a movie. Shortly after the movie started, witnesses reported a man who looked like Al Sharpton taking a seat behind Chappelle and his mother. When Chappelle's mother excused herself to go to the bathroom, Sharpton was seen moving into the seat beside Chappelle. Chappelle would later recount what Sharpton had whispered: "I didn't appreciate the mockery directed at reparations in last season's shows. You should be ashamed of selling out the community for cheap laughs and ratings." Sharpton was seen quickly leaving the theatre immediately after. When Chappelle told his mother about this upon her return, she was in disbelief. She asked if he was feeling alright and if the pressure of success was getting to him. She then offered to take him to see her physiatrist. It was around this time, and understandably so, that Chappelle began to sink deep into paranoia.

-Chappelle began to notice that he is being shadowed by a group of three large, crisply attired, African American gentlemen. Where ever he went they never seemed far behind. He asked his family and close friends if they noticed this too, but they never seemed to catch a glimpse of the men. This reached its apex when Chappelle emerged from the shower one morning to find the three men sitting in his bathroom. By Chappelle's account, they told him "If we can get into your home this easily David, imagine what we can do to you if we really wanted to hurt you. If you don't tone down your show, maybe the next time we're in your bathroom, we'll be waiting for your wife or children to get out of the shower "” not you."

-According to a stage hand, after the show, when Chappelle returned to his dressing room, he found a package containing pictures of Malcom X, Biggie Smalls, Tupac Shakur, and himself, with the words "You're Next" scrawled across his picture.

- The day after Christmas '04, Chappelle and his family were home, trying to enjoy the holidays. Dave has taken to sleeping with a gun under his pillow and won't let his wife or children leave the house without him. Privately, his wife had consulted with her Doctor about institutionalizing Dave. On that day, Chappelle received a package that made him decide to halt the show's production for good. The package "” which arrived via UPS "” contained a picture of Chappelle's sleeping children, taken the night before in Chappelle's house. A person who appeared to be of Al Sharpton's build was standing next to their beds. Chappelle called his agent, immediately. Hinting at what just happened, Dave told him that he would like to cancel the production of the third season. His agent advised Dave not to tell anyone else yet, as he'd like some time to see what he can work out with Comedy Central. Chappelle made one more phone call that evening to Bill Cosby...all he said to Bill was "it's over...call off the dogs." "Only when I see an announcement in the press," Cosby responded.

-Chappelle made contact with his friend Salim in South Africa. Salim, who was later interviewed in the Time Magazine article about Chappelle's trip to South Africa, agreed to provide him with a place to stay while he was in South Africa and not to ask too many questions. Chappelle left the country for South Africa, as the heat from the Dark Crusaders was getting to be too much. His secretary reported contacting Bill Cosby for him, though the details of the conversation are not known. Immediately following that conversation, Chappelle drove his family to a safe location in rural Ohio and booked a flight to South Africa at the Cincinnati Airport.

- Time Magazine ran the article that effectively announced the ending of Chappelle's Show. In an interview with a time reporter done in South Africa, Chappelle spun the decisions for cancelling the show. He talked about how "things...overwhelmed [him]" and how he didn't want to "dance and shuffle" for the show. Chappelle also denied rumors of drug and alcohol abuse. Later he reported having thought about going into the campaign waged against him by the Dark Crusaders, but he just wanted to put it all behind him and not take a chance of any harm coming to him or his family.

So what happened to all the evidence that was produced- voodoo dolls, pictures with threats.
Why not tape record conversations with the "Cos"

Sometimes quick success brings doubts to people that causes them to believe that they are not wothy of all the accolades and money. Fear of failure can lead to stange acts.
12/18/057:06 AM
❤️ 0

James Wesley ChesterA1
I think I'll leave this one alone until it finishes 'cooking'.

DivineJoyA3
I didn't watch The Chappelle Show. It didn't appeal to me.

FineA1
DC was and still is out there...!

Why did they not make voodo dolls when George Bush and the republican stole the election; for drug dealers, for KKK members, for Oprah's crack-head sister, the person(s) responsible for murdering Cosby's son; racist cops, racist judges, and on and on and on . . .
12/18/056:20 PM
❤️ 0

sunnubianA1
My theory is Chappelle has freaked out on some laced refer or some other drugs that are usually white people's hallucinaginic of choice.
12/18/056:23 PM
❤️ 0

quote:
Chappelle has freaked out on some laced refer or some... white people's hallucinaginic of choice. 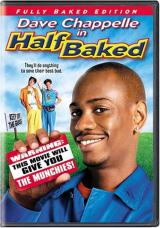 Why did they not make voodo dolls when George Bush and the republican stole the election; for drug dealers, for KKK members, for Oprah's crack-head sister, the person(s) responsible for murdering Cosby's son; racist cops, racist judges, and on and on and on . . .

I was just about to ask that same or similar question. I mean if THEY have that type of power or connections, then they can make things happen. We wouldn't have to make speeches and march in vain anymore.
12/18/058:42 PM
❤️ 0
Constructive Feedback (Guest)
I can see the point about Sharpton being true. To derail the cause of Reparations is a threat to he and Jesse being in control of BILLIONS OF DOLLARS. I am surprised that Sharpton didn't smack him in the back of the head while in the movies.

I can see the point about Sharpton being true. To derail the cause of Reparations is a threat to he and Jesse being in control of BILLIONS OF DOLLARS. I am surprised that Sharpton didn't smack him in the back of the head while in the movies.

Do you honestly think that Dave Chappelle carries that much weight in African America? Do you seriously think that people confuse his work with serious policy analysis?

I'm sure this theory is tongue in cheek!

From The Smoking Gun http://www.thesmokinggun.com/archive/1213052dave1.html :

quote:
...When Chappelle re-upped with Comedy Central last year, press reports valued the agreement at $50 million, a deal that was largely torpedoed when the comedian abandoned the show this year after filming only a few episodes of its third season. According to Abuelhija, the cable network gave Chappelle a $4.5 million "nonrefundable up-front payment" when the deal was signed and agreed to pay him $275,000 per episode and about $25,000 per repeat (the deal covered 13-episode seasons in 2005 and 2006). The contract, Abuelhija noted, also guaranteed the star 50 percent royalties on "Chappelle's Show" DVD and merchandise sales retroactive to the show's first season. The DVD deal is particularly lucrative since Chappelle's program is among the best-selling television DVDs, with its second season compilation having set a record this June with the sale of 1.2 million units during its first week in stores.

Add the guaranteed money & DVD royalties up - Dave doesn't have to make another show in his life. He'll be back when he feels like it. Comedy Central wanted to lock him up, so they gave him a sweetheart deal.
12/19/0511:16 AM
❤️ 0

jazzdogA1
I think one phone call to a major media outlet and producing the items sent to him would have gone a long way in validating this story.