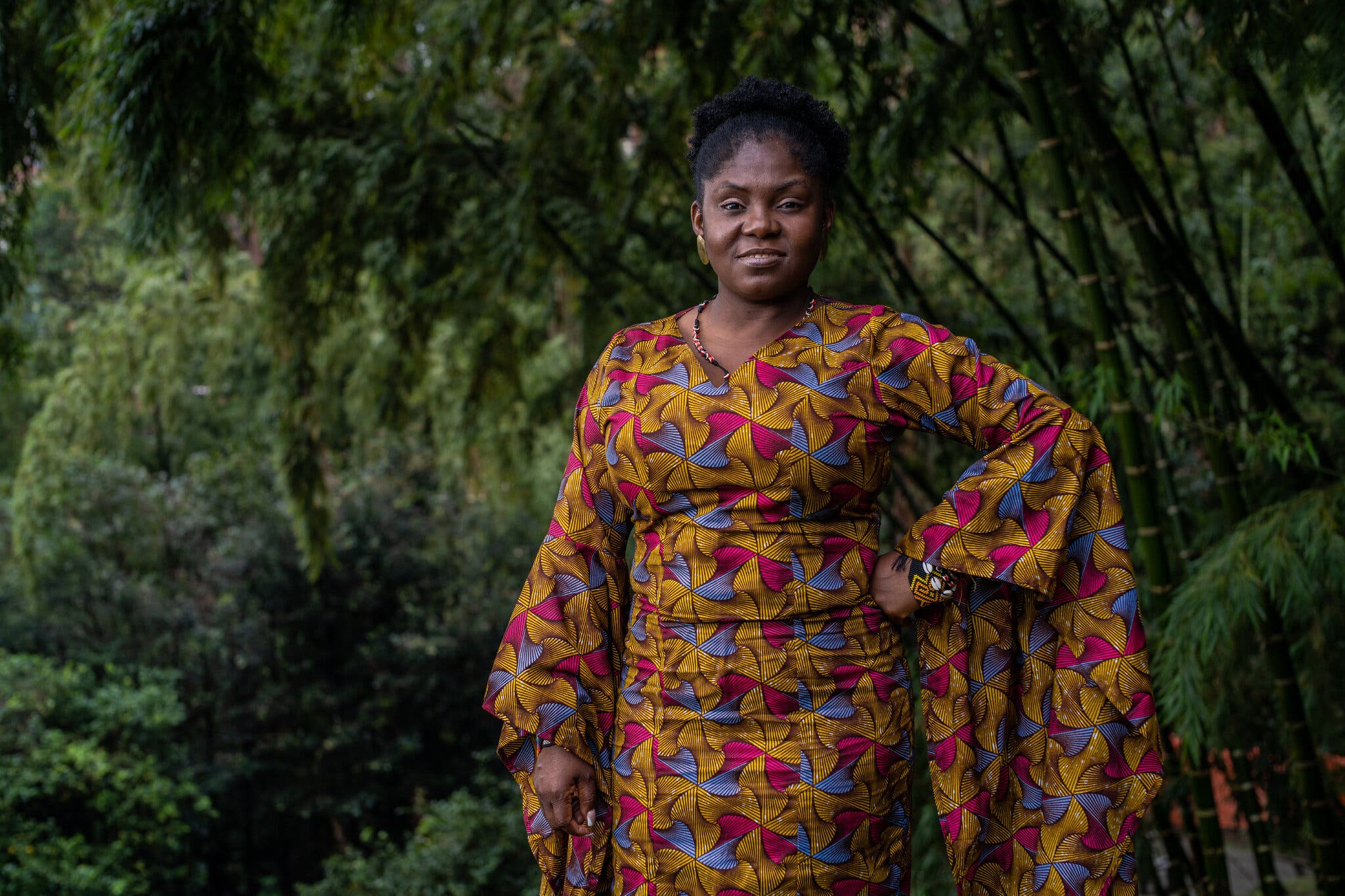 The rise of Ms. Márquez is significant not only because she is Black in a nation where Afro-Colombians are regularly subject to racism and must contend with structural barriers, but because she comes from poverty in a country where economic class so often defines a person’s place in society. Most recent former presidents were educated abroad and are connected to the country’s powerful families and kingmakers.

Despite economic gains in recent decades, Colombia remains starkly unequal, a trend that has worsened during the pandemic, with Black, Indigenous and rural communities falling the farthest behind. Forty percent of the country lives in poverty.

Ms. Márquez, 40, chose to run for office, she said, “because our governments have turned their backs on the people, and on justice and on peace.”

She grew up sleeping on a dirt floor in a region battered by violence related to the country’s long internal conflict. She became pregnant at 16, went to work in the local gold mines to support her child, and eventually sought work as a live-in maid.

To a segment of Colombians who are clamoring for change and for more diverse representation, Ms. Márquez is their champion. The question is whether the rest of the country is ready for her.

A formidable leader of the Afro-Colombian community, Francia Márquez organized the women of La Toma and stopped illegal gold mining on their ancestral land. She exerted steady pressure on the Colombian government and spearheaded a 10-day, 350-mile march of 80 women to the nation’s capital, resulting in the removal of all illegal miners and equipment from her community.

A formidable leader of the Afro-Colombian community, Francia Márquez organized the women of La Toma and stopped illegal gold mining on their ancestral land

“I Am Because We Are”: A conversation between Francia a Márquez Mina and Angela Davis

Streamed live on Sep 7, 2021 In March of 2010, activist, author and Distinguished Professor Angela Davis met with Afro-Colombian activist, human rights lawyer and former president of the National Council for Peace in Colombia, Francia Márquez Mina. Later that year, Davis went on a solidarity trip to Márquez Mina’s hometown of La Toma, an important community in the movement against dispossession and extractivism. Later, in 2014, Angela Davis sent a video expressing her support for Márquez Mina when she led a 10-day, 350 kilometer, march of 80 women to Colombia’s capital, Bogotá. This mobilization demanded the suspension of all illegal and unconstitutional mining, as well as the removal of all the mining equipment from La Toma. Now, as Francia and the Soy Porque Somos “I am Because We Are” embark on the campaign to be elected President of Colombia, they meet again to discuss radical politics in Colombia and the U.S. today. They will discuss black radical politics, left coalitions, black women’s movements, the carceral state, paths to abolition, and issues related to environmental justice. This conversation will be moderated by Mamyrah Dougé-Prosper at the University of California, Irvine and International Coordinator of the Community Movement Builders' Pan African Solidarity Network.

She's from Cauca, by the way.

Aunque mi amo me mate, a esa mina no voy

A portrait of Afro-Colombian life, 'A La Mina No Voy' (I am not going to the mine), is a Colombian folksong that was sung by slaves resisting work in the mines.

Incidentally, if she looks like a Queen, that may be because her enslaved ancestors in Cauca, were Royalists in the Wars of Independence.

Indian and Slave Royalists in the Age of Revolution 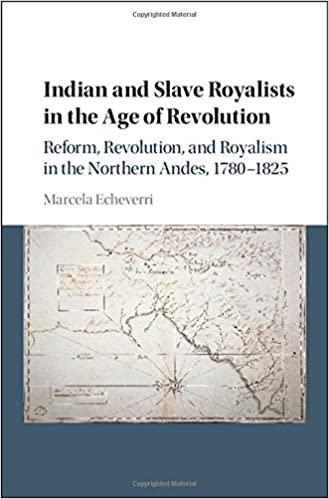 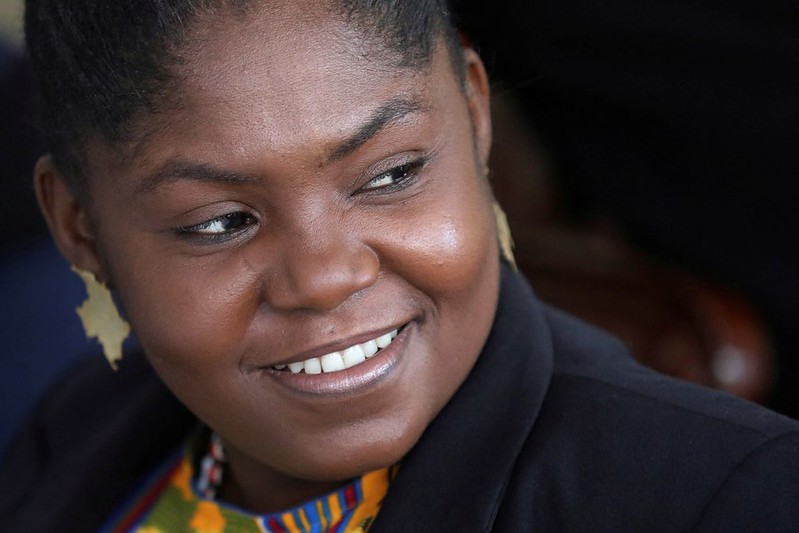 But it is unclear how much freedom Marquez, 40, would have to carry out her pledges to improve women's rights and help the poor access health and education if she and presidential hopeful Gustavo Petro, a former leftist guerrilla and current senator, are victorious.

The position of vice president is nebulous in Colombia - presidents are free to assign ministries or other specialties to their second-in-command - and Petro is known as a stubborn manager, repeatedly clashing with officials when he was Bogota's mayor.

Petro and Marquez are neck and neck in polls with surprise rivals Rodolfo Hernandez and his vice presidential candidate Marelen Castillo, who have promised to shrink government.

University official Castillo is, like Marquez, Afro-Colombian. No matter who wins on Sunday, it will be the first time a Black woman will serve as Colombia's vice president.

Marquez is a celebrated environmental activist whose opposition to gold mining in her home municipality of Suarez saw her receive the prestigious Goldman Environmental Prize in 2018 - as well as death threats from illegal armed groups.

Marquez, who has never held elected office, is slated to lead a new equality ministry if she and Petro win.

If Petro reneges on plans to give Marquez a policymaking role or micro-manages her decisions, the two may clash once in office, Gimena Sanchez-Garzoli, Andes director for the Washington Office on Latin America, a think tank, told Reuters.

"He has always put what he thinks is most important, or his idea of what things should be, before really getting a full consensus with others," Sanchez-Garzoli said, adding that Petro and Marquez will "butt heads" if he sidelines her.

Marquez, who came second to Petro in their coalition's March primary with 783,000 votes, has significant support on her own merits, Sanchez-Garzoli said, tallying more ballots than the winner of the centrist primary.

She could also be of crucial help for economic development, Daniela Cuellar of FTI Consulting said, liaising between often-skeptical local people and major companies.

"This could help companies identify and work on issues of common interest with the communities," Cuellar said.

A DAUGHTER OF SUAREZ

Residents of Suarez - adorned with colorful murals of Marquez - and neighboring Buenos Aires told Reuters her surprise shot at the vice presidency is a unique opportunity for marginalized regions like theirs.

Over 80% of people in Cauca - home to several armed groups, such as FARC guerrilla dissidents who reject a 2016 peace deal, illegal mining and coca production - live in some form of poverty.

Locals want her to shore up land rights and address inequality.

"I'm very happy," said Gonzalo Ararat, 79, a farmer who was displaced by violence amid Colombia's internal armed conflict in his youth and has known Marquez for more than 20 years.

Ararat proudly showed off a magazine from 2010 with a column written by Marquez laying out her plans to study law to defend her community from threats to their land, which he had taped together with her present-day campaign materials.

Local councillor Sandra Patricia Ibarra, 47, told Reuters she likes Marquez because she had risked her life to defend their home, despite dozens of killings of environmentalists each year in Colombia. read more

"Francia is a daughter of Suarez," Ibarra said.

If she wins, Marquez is expected to push implementation of a recent Supreme Court ruling decriminalizing abortion, while keeping a special focus on access to the procedure for indigenous, Afro-Colombian and rural women. read more

"Being a woman in Colombia is not the same (...) if you are indigenous or of Afro descent," said Ana Cristina Gonzalez of Causa Justa, a coalition of more than 90 pro-choice groups.

But her presence in the halls of power would mark a profound change.

"Our land has not been properly cared for by the Colombian state, by Colombian governments, because it seems all they care about is looting the resources it holds," said Clemencia Carabali, 51, a member of Afro-Colombian women's group ASOM.

Carabali - flanked by government bodyguards provided because of death threats over her activism - described Marquez, a friend of 25 years, as a sister.

"As a woman I feel very proud of the work that she has been doing."

Here's a documentary about her municipality. (Edited to add that she appears in this 2011 documentary.)