ADDIS ABABA, Ethiopia (AP) — African leaders met in the Ethiopian capital Sunday for talks dominated by the conflict in Mali as well as lingering territorial issues between the two Sudans.

The African Union says it will deploy a force in Mali, where French troops are helping the Malian army to push back Islamist extremists whose rebellion threatens to divide the West African nation.

United Nations Secretary-General Ban Ki-moon is attending the two-day summit in Addis Ababa, where Ethiopian Prime Minister Hailemariam Desalegn took over from President Yayi Boni of Benin as chairperson of the African Union.

"We are determined to do what we can to help the people of Mali in their time of need," Ban said. "Humanitarian agencies are helping suffering civilians. The United Nations has also sent specialists on the military and political tracks. This is a moral imperative for all in the international community. I have presented to the Security Council my recommendation on the logistics support package for (the Mali force)."

With Mali at the top of the agenda, African leaders hope they can make quick progress in deploying a substantial number of African troops there. As the African leaders met, French special forces fighting alongside Malian troops were pushing farther north into the Malian desert in an offensive against al Qaida-linked Islamists who took control of northern Mali more than nine months ago.

Africa's economic boom is threatened by violent conflicts across the continent, African Union officials said at the summit.

"While we are proud of the progress made in expanding and consolidating peace and security on the continent, we also acknowledge that much still needs to be done to resolve ongoing, renewed and new conflict situations in a number of countries," said African Union Commission Chairperson Nkosazana Dlamini-Zuma.

Dlamini-Zuma said the Peace and Security Council of the African Union will report to the summit on efforts to resolve conflicts in countries ranging from Mali to Madagascar.

The Peace and Security Council of the African Union said in a statement Saturday that it wanted "the early operationalization of the African Standby Force" in Mali. The council also said it fully supports Mali President Dioncounda Traore but urged him to put in place a roadmap to free and fair elections. It also said the African Union is committed to preserving the unity of Mali and would "spare no efforts" to safeguard the country's territorial integrity.

A number of African countries have pledged to send troops to Mali, and on Tuesday the African Union will hold a conference of donors with hopes that money will be raised for the Mali force. The Peace and Security Council of the African Union urged member states to "seize the opportunity of the donors' conference ... to meaningfully contribute toward the mobilization of the necessary resources."

The council also urged the international community to contribute generously to the Mali force.

Meanwhile, the leaders of Sudan and South Sudan met at the summit in Addis Ababa, although African Union officials said they did not expect them to make much headway. South Sudan President Salva Kiir and Sudan President Omar al-Bashir earlier this month agreed to "the unconditional and speedy" implementation of deals they had reached back in September. But a subsequent meeting of the two countries' negotiating teams that should have outlined timetable for the deal's implementation ended in disagreement.

Ban urged the two Sudans to resume direct talks and spoke of the "dangerous humanitarian situation in Southern Kordofan and Blue Nile states."

"In Sudan and South Sudan the parties have taken positive steps to resolve outstanding issues," Ban said. "But they should make more progress in meeting their agreements."

Mediators led by former South African leader Thabo Mbeki have until July to push the two sides to agree on the status of the disputed Abyei region as well as other contested border areas.

Isn't it an opportunity for Europe/American military to get their foot in the door of Africa?  Next there will be a French/European or American "military base" in Mali, you know, the way America put a military base in Haiti decades ago. 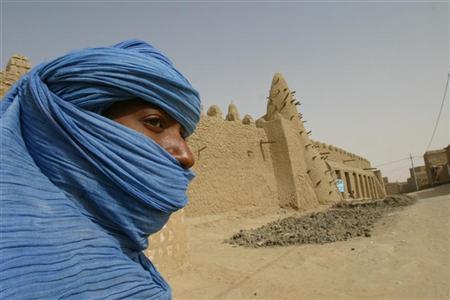