In one photograph, a young boy looks plaintively toward the camera, dressed in undoubtedly his finest wool suit, his prized rooster gently clutched under his arm. In another, the Reverend Charles Jaggers sits regally in a finely carved chair, his Bible in one hand and his cane in the other.

These are the faces of African Americans who lived in Columbia and across South Carolina during the 1920s and 1930s, as captured by African American photographer Richard Samuel Roberts. This December, the Columbia Museum of Art proudly unveiled an exhibition of 23 images taken by Roberts, selected by the Advisory Committee and the Board of the Museum’s newest affiliate group,Friends of African American Art and Culture.

Our Time, Our Place: Photographs of the Black South by Richard Samuel Roberts, on view in Gallery 15 through May 20, illustrates the richness and diversity of Roberts’s oeuvre. The images in the exhibition are just a fraction of the more than ten thousand images he is estimated to have made during his career.

Born in Fernandina, Florida, in 1880, Richard Samuel Roberts displayed a talent for art from an early age. The earliest known photograph of Roberts shows him as a young man in the yard of his Florida home, paint brush in hand, standing before an unfinished landscape. Were it up to his father, who reared his twelve children according to a code of strict discipline and limited education, Roberts likely would have remained employed throughout his life as a stevedore — like his father — on the Fernandina docks. Attending school only through the sixth grade, Roberts eventually gained employment with the United States Postal Service, which allowed him the opportunity to pursue his photographic interests.

Roberts established The Gem Studio in Fernandina, specializing in portraiture. What few photographs survive from this time illustrate the combination of his innate ability and the countless hours he spent furthering his understanding of the medium by studying how-to manuals and taking correspondence courses. His early photographs bear many of the distinguishing characteristics of his mature work: technical precision, meticulous composition and the ability to establish an instantaneous rapport with his subject, all of which enabled him to create an honest portrayal of the human personality.

Roberts transferred to Columbia, South Carolina, in the early months of 1920, together with his wife, Wilhelmina Pearl Williams Roberts, and their four children (a fifth would be born shortly after their move). He paid $3,000 for a five-room house on Wayne Street, evidence that he and his family were members of a rising middle-class African American community in the segregated city. In 1922, he established theRoberts Studio at 1119 Washington Street, just west of Main Street, in the heart of the city’s “Little Harlem.” Each day, Roberts labored from 4:00 am until noon as custodian in the Post Office, after which he walked several blocks south to his studio to meet clients, make appointments, and process his photographs.

Using cameras which could accommodate 5x7 and 8x10 glass plates, Roberts excelled at portraiture. He advertised that “if you are beautiful, we guarantee to make your photographs just like you want them... If you are not beautiful, we guarantee to make you beautiful and yet to retain a true and brilliant likeness of you.” His portraits of African Americans—whether taken in the studio or during his travels across the state—all possess a quiet dignity. They reflect a socio-economic cross-section of life during the 1920s and 1930s: children, laborers, domestic servants, self-made entrepreneurs, families, religious personages, and educated professionals.

Roberts also took architectural photographs, documenting homes old and new, as well as institutions of higher learning. The only African American commercial photographer in the city, Roberts was commissioned to document important events for schools, social clubs, churches, and others. Some of these images found their way into the pages of the Palmetto Leader, a newspaper serving the African American community, and whose offices were conveniently located across the hall from Roberts’s studio.

Roberts was one of only a few African American photographers active in the city of Columbia during the 1920s and 1930s and one of only about a half-dozen active in the South during that time. Were it not for his reliance on the use of glass plate negatives at a time when celluloid-based sheet film had grown in popular usage, Roberts and his photographs might have been rendered a mere footnote in the annals of photographic history. Fortunately, that is not to be the case. Each in their own way, the photographs contained within this exhibition perfectly illustrate the meditation by Eudora Welty about the power of photography to "part a curtain, that invisible shadow that falls between people, the veil of indifference to each other’s presence, each other’s wonder, each other’s human plight." 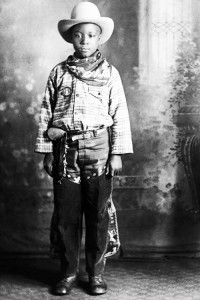 I love these images. I have a coffee table book with similar images from Greenville, MS. Thanks for sharing. BTW, his 4th and final wife is still alive and living in SC.