was offended by comments made by former Michigan player Jalen Rose in the ESPN documentary "Fab Five."

Rose, who also played at Detroit Southwestern, said in the documentary that when he was in high school, he believed African-American players at Duke were "Uncle Toms."

Obviously, that was a poor choice of words and very insulting to everyone here at Duke but especially, not just our African-American players, but any African-American students," Krzyzewski said Tuesday on ESPN Radio in Chicago.

Grant Hill, who played at Duke and for the Pistons, wrote a column for the New York Times

that was critical of Rose's comments.

Since the documentary first aired, Rose has attempted to clarify his position — that he held those beliefs about Duke players when he was young, and that he no longer has that impression.

Krzyzewski recruited another member of the Fab Five, Chris Webber.

"We were very successful against them and, to be quite frank with you, we recruited Chris Webber," Krzyzewski said during the interview Tuesday. "I didn't recruit Jalen Rose

because we had Grant Hill and I'm happy with that. We didn't look at the other, Juwan Howard (because) we knew he wasn't going to come to Duke. The other two kids (Jimmy King, Ray Jackson) we didn't think were the caliber that could play as well as Thomas Hill and Brian Davis and Billy McCaffrey." 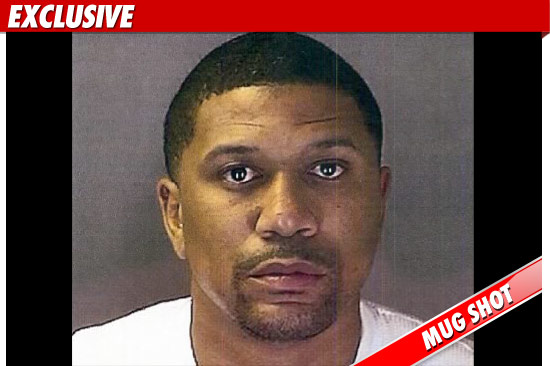 Basketball stud Jalen Rose -- a member of the legendary "Fab Five" squad -- was arrested for driving under the influence in Michigan earlier this month ... TMZ has learned.

Law enforcement sources tell us ... the 38-year-old former NBA star was driving along an icy roadway on March 11 when he lost control of his vehicle and crashed.

Cops were called to the scene and Rose agreed to undergo several voluntary roadside sobriety tests. He was later transported to a nearby facility for chemical testing ... those results have not yet been returned. Rose was eventually arrested for driving under the influence.

We're told Rose was in his hometown of Detroit in preparation for the opening of the Jalen Rose Leadership Academy ... a charter school designed to provide under-privileged youth with college prep experience.

TMZ spoke with Rose's L.A.-based attorney, Keith Davidson, who told us, "We look forward to working with the authorities in Michigan and addressing these matters in court, not in the press. We have no comment at this time."

ESPN pulled NBA analyst Jalen Rose off the air on Friday after it was revealed that Rose didn't tell anyone about his DUI arrest for almost three weeks, according to Michael McCarthy of USA Today.

It was reported on Tuesday that ESPN analyst Jalen Rose was arrested for driving under the influence in early March.

ESPN spokesman Josh Krulewitz emailed USA Today's Game On!, explaining that Rose and his employers are "taking this very seriously" and both parties "agreed that he will not be on our air while he addresses this situation."

The report explains that ESPN encourages its talent to "tell their bosses about potentially embarrassing personal issues that might become public."