quote:
Originally posted by Empty Purnata:
I think Melesi is approaching the advanced stages of Fundamentalism. Sirens are blaring in my head after reading this thread. He sounds like how I used to sound 2 1/2 years ago when I was a Fundamentalist.


I can't decide if he is a very bright man who is stubbornly refusing to live up to his potential or a very dumb man who has read too many books and has practiced a long time how to sound somewhat smart.


AND I CANNOT BELIEVE HE HAD THE FRIGGIN GALL TO WRITE THIS:

quote:
It is a philosophy that seems to embrace circular reasoning, but it does so because it justifies its a priori conclusion: we are art, so we are right. If you do not agree, then you are wrong.

since it's ALL he ever does. Just replace the word "art" by the word "Christian".

Remember the arrogance of "Believing in Nothing"? Are we forgetting so soon? 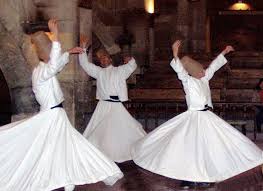 Isn't this the same guy who not too long ago tried to put Christianity up against popular culture - the masses who so easily embrace gnostic thought because it's so very accessible to them????????