Statues were blasted with graffiti in Mississippi, Virginia, Tennessee, Alabama and the Carolinas.

Several Confederate monuments across the South have been attacked by demonstrators amid protests against police killings of Black people, sparked by the death of George Floyd in Minneapolis.

The statues have long been lightning rods for controversy over the Confederacy and America’s dark history of slavery.

In Birmingham, Alabama, protesters used ropes and a truck to yank a statue of Charles Linn off his pedestal to the ground, face down. Linn was one of the founders of Birmingham and a supporter of the Confederacy.

Remains of confederate monument in Birmingham 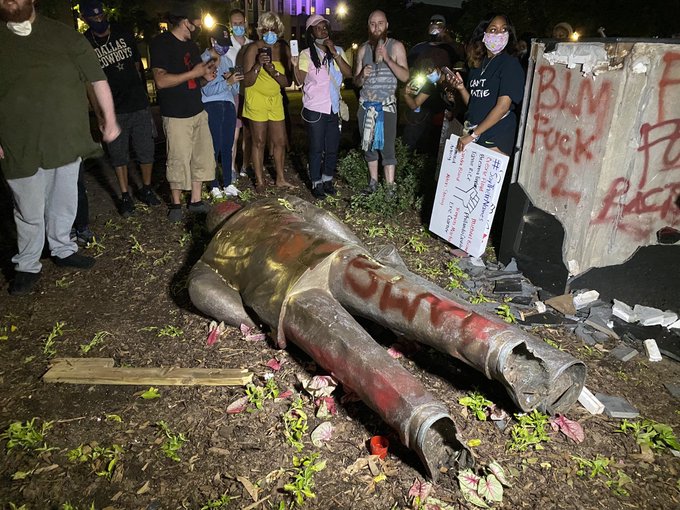 4,053 people are talking about this

Though most of the tributes to the Confederacy were blasted with graffiti, a fire was set at the headquarters in Richmond, Virginia, of the United Daughters of the Confederacy, an organization that has helped erect several Confederate statutes. Nine fire trucks were on the scene Saturday night to extinguish the blaze, but the building was also covered in graffiti, reported the Richmond-Times Dispatch. 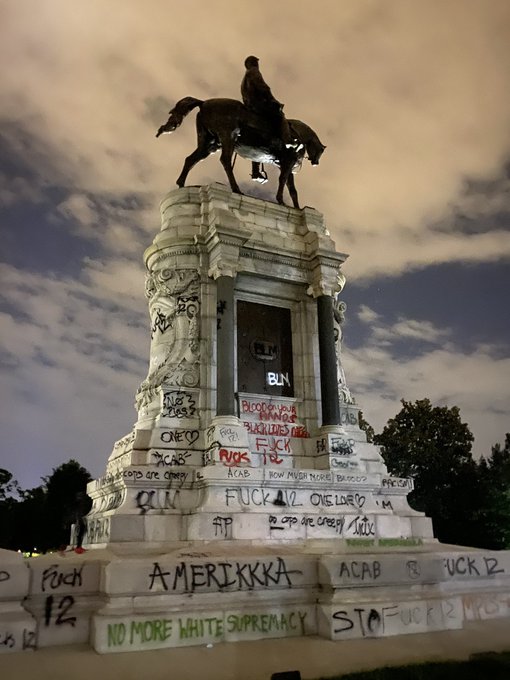 2,055 people are talking about this

Monuments were also targeted in Mississippi, North and South Carolina and Tennessee.

Red handprints and the words “spiritual genocide” were marked on a Confederate monument Saturday on the University of Mississippi campus in Oxford, The Oxford Eagle reported. An unidentified white male was arrested at the scene, according to the newspaper.

In 2017, President Donald Trump defended white nationalists at a rally in Charlottesville, Virginia, because he said they were defending Confederate monuments. Counter-protester Heather Heyer was killed at the rally when avowed white supremacist James Alex Fields drove his car into her. He was sentenced last year to several life terms.