this must have slipped out of my hands....sorry!!

Former UNC star Kenny Smith to speak on the role of the black athlete after Alton Sterling, Philando Castile deaths

Smith, who played for Dean Smith in the ‘80s, will speak on social media at 1 p.m. today

UPDATE: Kenny Smith urges NBA athletes to donate 10 percent of their salaries to affect change in their communities and plans to create committees to help the athletes do so. Smith also is asking atheltes with sponsors to ask those sponsors to match contributions dollar for dollar. Link to his social media speech here.

Last week, two young black men -- Alton Sterling in Baton Rouge, Louisiana, and Philando Castile in Falcon Heights, Minnesota -- were shot and killed during altercations with police, and some black athletes began speaking out as the nation began dealing with the repercussions.

Smith, 51, is an NBA studio analyst at TNT who also covers the NCAA Tournament. He has become a sought-after public speaker,once addressing the Urban League of Young Professionals in Charlotte.

Many high-profile athletes and former athletes, like Smith, have begun to speak out after the recent events.

▪ New NBA champion LeBron James took to Twitter to link to a New York Times article that painted Castile as a role model who memorized the names of the 500 students he served as a cafeteria worker every day.

James wrote that the violence “Sickens me and I shed multiple tears about it all.” He included two hastags: #ItNeedsToStop and #BlackLivesMatter

▪ New Wimbledon champion Serena Williams tweeted about Castile, who was shot in the passenger seat with his girlfriend and child in the car.

“In London I have to wake up to this,” she wrote. “He was black. Shot 4 times? When will something be done- no REALLY be done?!?!

▪ Carmelo Anthony wrote an impassioned plea on Instagram that made headlines throughout the nation. He included a picture of former athletes turned activists like Kareem Abdul Jabbar and Jim Brown and Muhammad Ali.

“Look,” he wrote, “I'll even lead the charge, By Any Means Necessary. We have to be smart about what we are doing though. We need to steer our anger in the right direction. The system is Broken. Point blank period. It has been this way forever. Martin Luther King marched. Malcolm X rebelled. Muhammad Ali literally fought for US. Our anger should be towards the system. If the system doesn't change we will continue to turn on the TVs and see the same thing. We have to put the pressure on the people in charge in order to get this thing we call JUSTICE right. A march doesn't work. We tried that. I've tried that. A couple social media post/tweet doesn't work. We've all tried that. That didn't work. Shooting 11 cops and killing 5 WILL NOT work. While I don't have a solution, and I'm pretty sure a lot of people don't have a solution, we need to come together more than anything at this time.” 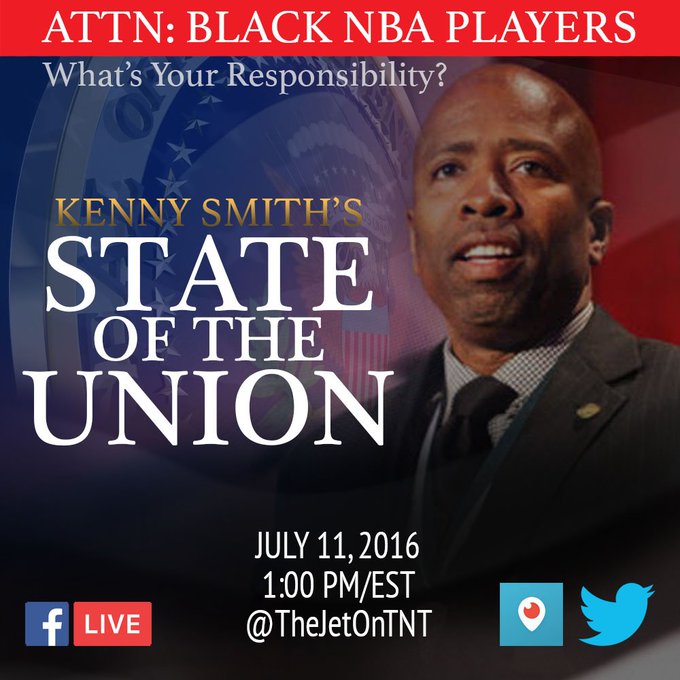