When I read Melissa Harris-Perry’s reasons for leaving MSNBC they sounded eerily familiar.  When I was a State worker I returned to school earning my Masters degree.  At the facility where I worked, I was one of just a few African American workers with a master’s degree where the majority of employees and all of management were white.   Even so, on many occasions I saw management promote employees, (both black and white) who only had high school diplomas into positions where the posted job announcement qualifications specified a Bachelor degree or higher.  For years I complained to management and our employee Union verbally as well as in writing about this practice.  I argued that I was more qualified and met the academic criterion posted on the job announcement.   In the end all of my grievances fell on deaf ears as management continued the practice.

Melissa Harris-Perry argued that she left the MHP show because management pre-empted her show due to the upcoming political races.  She stated that this was done without prior notification and when she finally was notified management refused to allow her to maintain her Saturday and Sunday time slot to anchor political news.  In her response letter published on line she states that her colleagues were liars not qualified (presumably as she is) to anchor the weekend political news.   When she vacated her position she contended that she is nobody’s mammy to be used and abused by MSNBC executives and management.  In the end identical to what happened to me as a State worker, all of her grievances fell on deaf ears as management choose the individual they perceived as qualified, - i.e., (Joy Reid who incidentally graduated from Harvard University, but unlike Perry is not a PHD.)

I have been out of State service since 2003, which is sufficient time to look back and contemplate why I had what amounted to and adversarial relationship with management.   Clearly, I had a profound misunderstanding of management’s responsibilities as relates to the hiring, promotion and firing of employees.  When I was a State employee what I never understood is that neither I, nor the likes of Melissa Harris-Perry gets to decide who is qualified and who is not! Qualifications are the sole jurisdiction and responsibility of management.  A Master’s degree or PHD alone does not necessarily qualify an individual for a position.  In cases where it is desirable to possess those degrees it often times is not the deciding factor in who gets a position.  Whether you are a Medical Doctor, Professor or any other professional there are numerous reasons why despite being degreed an employer may overlook your academic qualifications, - e.g., personality and character or an inability to work effectively as a team member, arrogance or in the case of Melissa Harris-Perry simply not possessing the personality and persona that MSNBC wanted to broadcast as the face of weekend politics.

It is most probable that Melissa Harris-Perry’s agent negotiated the terms of her employment with MSNBC.  So there is no intermediary such as an employee Union responsible for negotiating the terms of employment.   MSNBC’s competition with CNN and FOX News for audiences, advertising and commercial capital is nothing less than fierce.  So even if Perry had a Union contract it likely would not have included or infringed upon MSNBC’s ability to compete with other broadcasters as it relates to personnel that they believe are suitable and will help their television program remain competitive.  This may explain why we have seen so many anchor changes over the last year at MSNBC, (notice Tamron Hall’s appearance on MSNBC seems sporadic).  This is the nature of television broadcasting nationwide and equally applies to those workers in the private and public sectors at the low end of the employment scale as well as those at high end of employment, - and need I mention to African Americans in particular.  I watched and enjoyed the MHP show every weekend since its inception.   Had Perry simply gracefully stepped to the side like so many of her anchor peers who got bounced out their positions or had their time slots changed, e.g., (Al Sharpton had prime a 5:00 pm prime time slot in the West, now you have get up a 5:00 am west coast time to see his show), Nerdland followers may have had a chance that the MHP show would be revived.   But given the manner in which she went out, I don’t if any of the major television networks would pick her up.   Good luck Melissa at Elle.com.

It's fitting time to make a few arrangements for the future and the time has come to be glad. I have perused this post and on the off chance that I would I be able to wish to propose you few fascinating things or exhortation. Maybe you could compose next articles alluding to this article. I longing to peruse considerably more things about it! http://www.dougwarhit.com

Hello everyone and wish you all a very happy 70th independence day of India. As a proud Indian I'm glad to tell you something about India's Independence day 2016. There are plenty of ways to celebrate the15th August. People choose to send Independence day greetings to their friends and relatives. Some people download independence day images. Independence day wallpapers on everyone's screen. I would like to wish Happy Independence Day India and all Indians. Freedom is not something we got so easily, it took lives of many. After struggling for more than 100 years, India finally achieved it's freedom on 15th August and now we address it as our independance day. 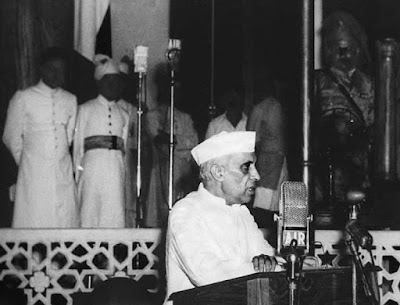 What do you do on independence day? Select an answer from below:

Asphalt 8 Airborne Free Download :- Are you interested in playing any game related to racing? If you’re pretty much passionate towards playing such kind of genre games, you can find bounteous games on the Google Play Store app store marketplace. Airborne is one of the most popular arcade automobile racing games that is available on various mobile platforms that include iOS, Android, Windows Phone and other platforms. Asphalt 8 Airborne game has set a new trend in the genre of racing games.

thanks for this nice sharing

I think your position is very appealing and more often than not i keep looking for like this category of websites where assignment service I learn or get new perception. I am comfortable to visit on your position.

Congratulation Melisa, hope you like your new job and get promotion as fast as able gmail correo electronico

Your blogs and every separate material are so remarkable and lucrative it makes me come back most again. what is an seo article salt lake city

I SIGNED up for this website almost a week ago, and I am still not able to get into this site with my login and password.  I keep getting a message that my account is pending.  Why does it take so long to okay new members?

It seems the only people left waiting. "Maybe it will clear up on its own" tedwed

Great subject! It's an amazing post. Thank you. It sounds like you are gathering lots of different ideas in your blog. Good work. Instead of
thinking about what you haven’t written, look at how much you HAVE written :-) Danny Kronstrom

I think she has done it right. But unfortunately i also have to say that television networks need more talent like her.

Good that she leave that job. No one will like a job with uncomfortable environment.

I fully support <a href="http://p2cgames.com">Melissa Harris</a>  You did the right thing.

Great answer! I think it i the best search resourse! Sound like you were both right!
http://tedwed.com/product/dway...furious-8-black-vest

I think your post is very interesting and mostly i keep looking for like this type of websites where i learn or get new concept. I am happy to visit on your site. Thanks to share it. a10, color switch, roblox, mortal kombat x

Very interesting blog. Alot of blogs I see these days don't really provide anything that I'm interested in, but I'm most definately interested in this one. Just thought that I would post and let you know.

Movers and Packers in Pune

Movers and Packers in Bangalore

Movers and Packers in Hyderabad

Movers and Packers in Gurgaon

Movers and Packers in Mumbai

Movers and Packers in Delhi